Sleek shape, flashy exterior, and RGB lights are a must for gamers.

Check out our video tutorial before scrolling further!

I was genuinely surprised when I was asked to test two Gamakay gamer keyboards. At the age of 50+, with a frosting temple, I may no longer be the right one for this. Although in fact, there have been quite a few hardcore gamers for years, and of course I’ve seen gamer keyboards not one, but a good deal, so… So. In today’s article, I’ll introduce you to two keyboards. Both came from Gamakay’s workshop and both are made for players, measured at a similar price, and similar when turned off.

Of course, this is just an appearance, because the two keyboards are quite different, so there will be something to tell!

As usual, we start with the packaging and the exterior, which is an even better idea now because there are a lot of similarities in this area. Of the white boxes, the Gamakay K66 box is larger because, as its name suggests, it is a 66-key keyboard, as opposed to the MK61, which has 61 keys. 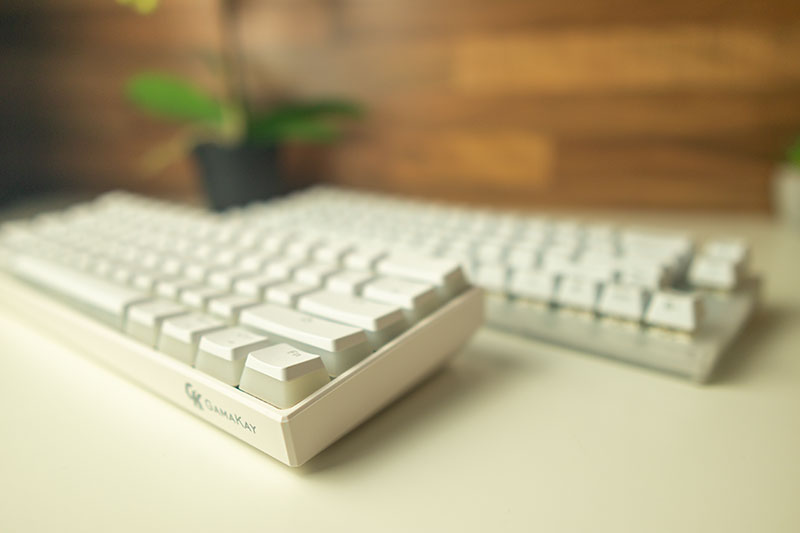 In addition to the Gamakay K66, we also find two tools, a Type-C cable with a plain plastic cover and a brush to dust the keyboard.

Let’s also jump over to the outside, because that’s where that brush will make sense! The Gamakay K66 has a clear acrylic housing through which the light from the LEDs shines through. So, it’s important here that we can keep the cover clean because that’s how it looks good. 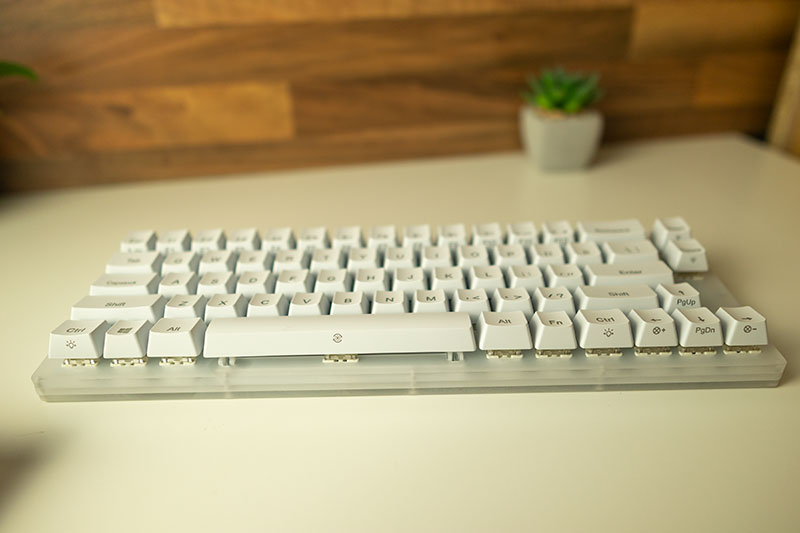 Off, the two structures are very similar anyway. Both are beautiful white and form infinitely clean. There are no fold-out legs on either, but that’s not disturbing because the tilting of the keyboards is completely comfortable for both gaming and typing. 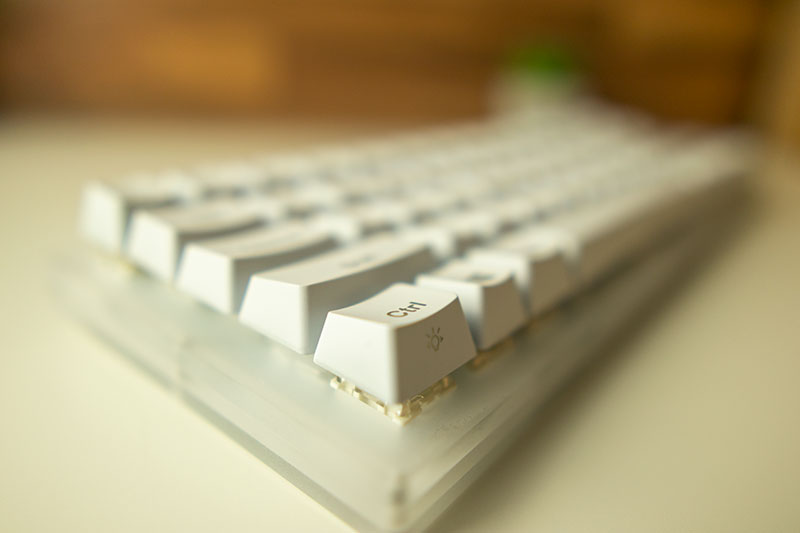 On closer inspection, the buttons are not the same either. In the case of the MK61, the lower part of the keys is transparent, here the lights are nicely visible, while in the case of the acrylic-married K66, the keys are white and the light is filtered only at the top, at the characters.

Well, although the price of the two structures is almost the same, their knowledge is very different.

The Gamakay K66 is a completely entry-level piece. Extra features include 20 different adjustable lighting effects and interchangeable buttons and switches. The latter is really quite extra in this category, because this capability means that we can also buy switches for it in retrospect, ones whose hardness or switch path is different from the factory. That is, we can do that e.g. the WASD buttons are changed to harder or just softer to make the game more comfortable.

In terms of lights, the K66 is more exciting because not only the buttons, but also the LEDs under the acrylic cover, which can be switched separately from those under the buttons. The Gamakay MK61 is a much more professional structure! The replacement of switches and buttons is also given here, but for this keyboard we also get a software through which we can change the lights, effects, brightness. There’s also the option to macro, and we can create custom lights, but I’ll be honest, these things didn’t go very well for me. I think it could have been the mistake. To be sure, the MK61 has got its own on-board memory in which the functions saved for the buttons can be stored. These functions can be saved and reloaded. The keyboard software can also be updated via USB, the copy I had, e.g. it immediately updated itself as I installed the management software on the PC and connected the keyboard.

Mechanical keyboards are good to use. Not only is it good to play, it’s also good to type on them, because no matter how weird, they put less strain on the finger joints. This is because the keyboard has a longer keyboard travel compared to cheap rubber diaphragm solutions, and thanks to the spring mechanics, the button arrives at the lower endpoint with nice attenuation, so the finger joints also get a smaller “blow” while typing or playing.

Plus a good feature is that these two abilities, i.e. a longer ride and a softer arrival, also improve your knock perception. This results in fewer missteps than typing, but of course it’s also good during gameplay because we’re sure to feel like we’ve pressed that button or not. 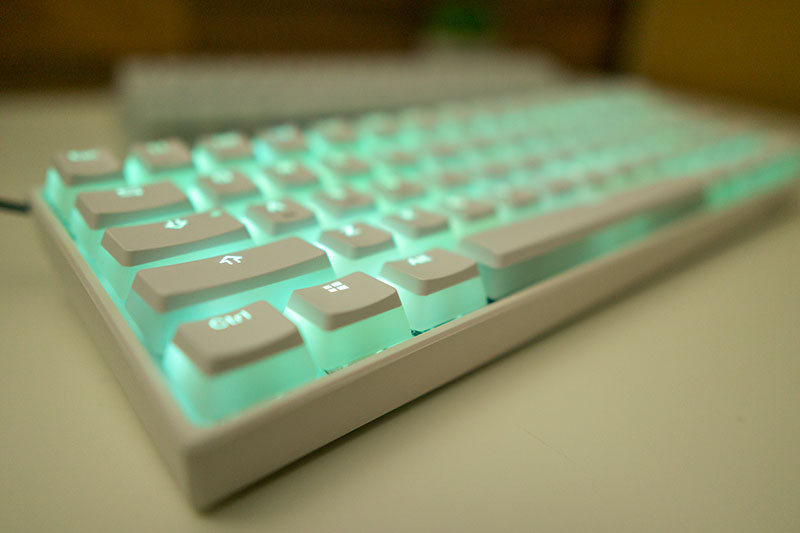 Manufacturers manufacture several types of mechanical switches, which have been distinguished by their color for some time. Cherry has been the benchmark among manufacturers for many years, but there are now better-named manufacturers among the cheaper ones. Such as e.g. and Gateron. 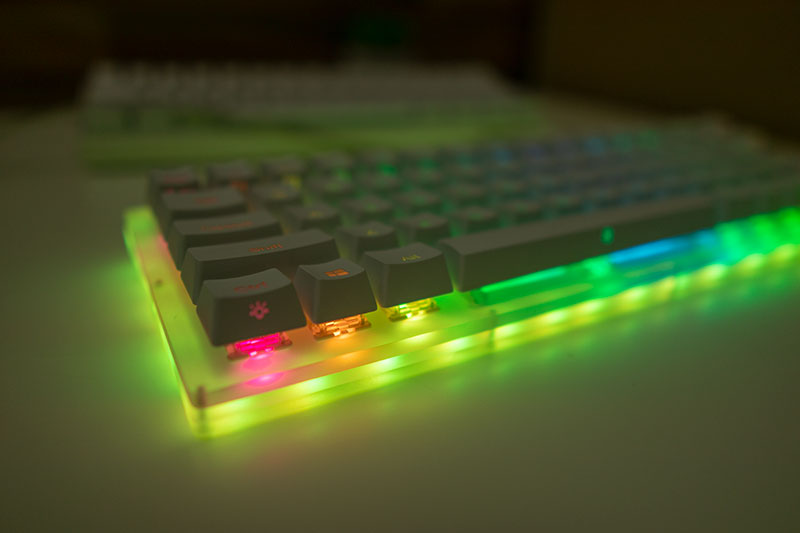 Different colors have different hardnesses, this is usually denoted by how many grams need to be pressed to make something happen. The typical value is between 40-65 grams anyway, the middle of which is what most people like.

The two keyboards that came to me got yellow switches, these are 50 grams, but as I wrote above, we get two other pieces in addition to the MK61, a blue one (55 grams) and a brown one (45 grams). The Gamakay were made for MK61 and K66 players, which is also evident in their size. The smaller one is often said to be 60 percent, which in practice means that a lot of buttons are left behind that we could get used to with a traditional keyboard.

There is no numeric keypad and the home, insert and counterparts are also missing. These are not required while playing. Of course, most of the functions are still available with the help of the FN button, however, although it is convenient to type on them, I would not dare to recommend them XNUMX% for work. 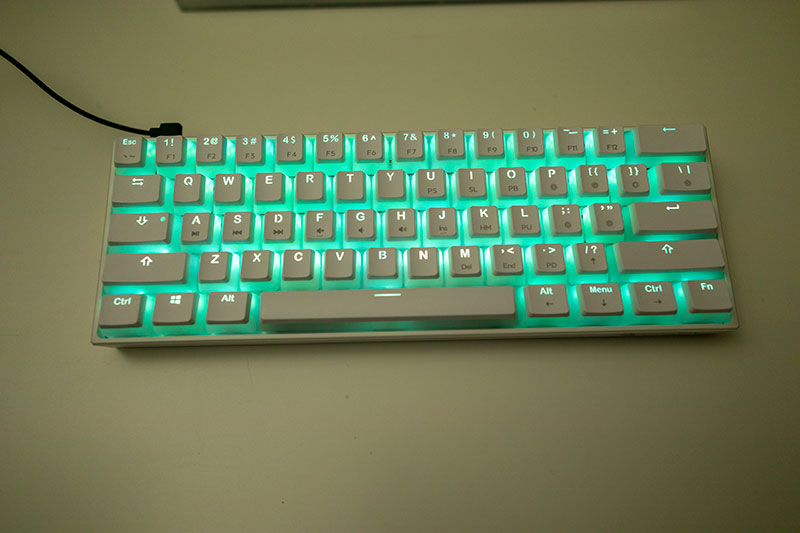 Since these are gamer stuff, color backlighting and lots and lots of selectable effects are almost mandatory. Whether it’s good or bad, usable or not is not my job to decide, it will be sure who likes it and others less.

What I can say, however, is that the workmanship of the lighting is lavish, the colors, the translucent acrylic have really become very quality. It is also important for gamers that the built-in Type-C connection is already USB 3.1, with a transfer rate of 40 Gbps, which in practice means that the delay between pressing the button and the movement of the character controlled by my screen is essentially eliminated.

What’s also important about Gamakay’s two keyboards is that they’re surprisingly quiet. It’s not much louder to type on it than on my traditional keyboard, and knowing how loudly some mechanical keyboards can click is a big benefit to family members. As everyone has seen so far, the Gamakay MK61 and K66, although very similar, have a significant difference in their knowledge.

The K66 is more for hobbyists, though, the mechanics, the buttons, the removable switches don’t show it. However, it cannot be programmed, in return the light of the LEDs is much brighter than that of the smaller sibling. 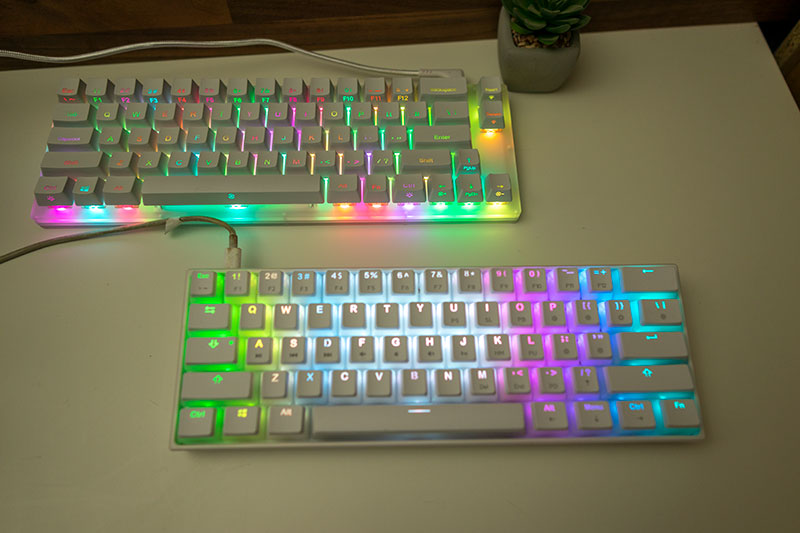 The MK61 is a bloody gamer stuff, it fits better at the bottom of the middle class. There is onboard memory and programmability, there are replaceable buttons and switches. The Colors, the LEDs work well here too, but are a little less spectacular than the K66.

The two keyboards are essentially the same price, so the choice mostly depends on how we feel, or if we take it as a child, our knuckles as professional. Not everyone will need programmability, maybe the slightly larger keyboard and acrylic cover may be more appealing to them. The price of the products is very good, both keyboards are under 20 thousand forints, which puts them in the worthy category at this level, with this knowledge.

Purchase and coupon codes below: 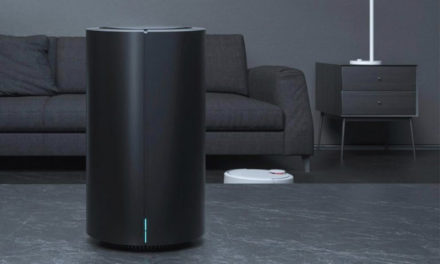 Xiaomi AC2100 router test - no one prepared for it!