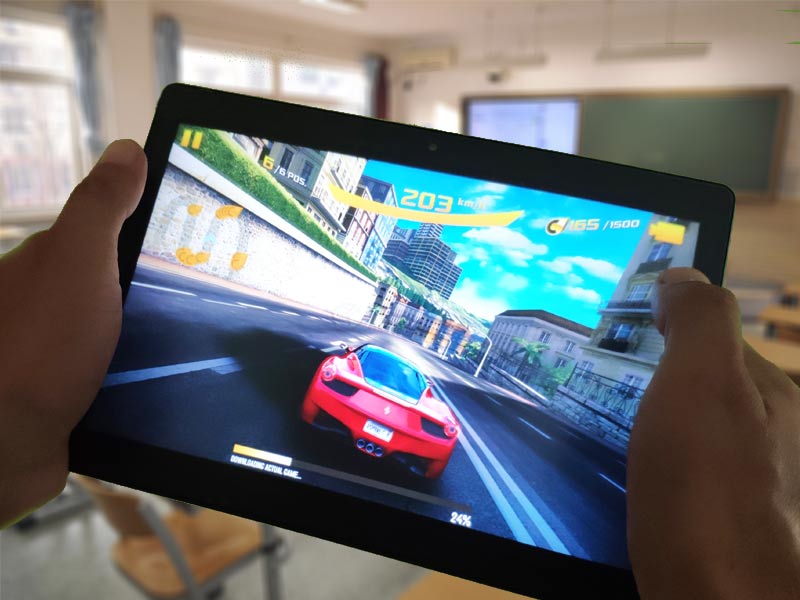 To school, to work, to play, he knows everything, yet it is cheap, and it looks very good!

When I write a test I try everything on that device. For example, I run the tests on a tablet, use it as a book reader for a night or two, play a little on it, Facebook, Messenger, internet, so I use them for what I used to. During the days of the rehearsal, a picture develops in me pretty slowly, the main sentences of the article are formulated, so it develops pretty slowly what I want to convey in writing, what is the main message I want to convey.

However, in the case of ALLDOCUBE, things happened a little differently. Already while browsing the specification, the image was formed, which was then only confirmed by the tests. Then, when I looked at the competition prices on the biggest domestic price comparison site, I already knew this tablet would be what I would dare to recommend to basically anyone, for any purpose. It will be perfect for a school bag, but neither will anyone who puts it on the table in front of you at a trial be ashamed of it. Perfect for home use, reading books, playing games or even taking it out to the kitchen for cooking and peeking out of the recipe. It is simply a perfect and most importantly reasonable choice.

The tablet comes in a black box that shows its price. He also joked because when it came time to unpack I didn’t find him. I knew I had to look for a box of cheap 10-inch tablets, I know in retrospect that I had it in my hand several times, but I always put it aside, believing it had a phone in it.

Lifting the lid of the box, we find the machine in the standard transparent antistatic bag, and in the two drawers under the board there are the accessories. I didn’t expect a lot of extras and I was right. Apart from the charging head, the USB cable and the short description, nothing else could fit, though we don't need anything else. We find a pre-glued foil above the display, so it’s actually an accessory, even if we’ve been spared no need to put it on.

The machine quotes the box from the outside, meaning it looks like a really quality piece. The backing is described as a mixture of metal and plastic. It really looks like metal on the look, more like a plastic on the grip, but it may be that only the matte surface is still misleading, and a really thin aluminum plate was used. Manufacturers try to decorate their machines a bit externally to differentiate them from the competition. This doesn’t always work because the tablet is just a tablet, front display, side buttons, back set with a large smooth platni. The ALLDOCUBE used only a slightly different colored plastic insert in the line of the back camera, which included the flash next to the camera, as well as the USB connector, the power connector and a jack for the headphones on the rim.

Let's stop at this point for a moment, because we can find the two strangest details of the machine here. One is the aforementioned power connector, which makes no sense since we charge the device via USB. The other weird thing is the Micro HDMI connector, which is in the description, but I didn't find it anywhere on the machine. Then a small recess appeared next to the earphone jack, and it became suspicious that the plastic of different colors, which was functioning as an ornament, could be snapped off. I was right and wonders, in addition to the USB connector, but there is also an HDMI output under the plastic. It is completely incomprehensible why this was not led outside the plastic. True, we won’t use it too often, but even then, it would have been much easier to leave a hole for that too than to snap off the plastic cover.

Aside from these anomalies, the ALLDOCUBE iPlay 10 Pro is an impeccable, flashy piece, and as I wrote above, we don’t even have to plug in a quality environment, we won’t be ashamed of the exterior.

The central unit of the machine is a Mediatek SoC with four core processors at a maximum clock speed of 1,5 GHz. The pixels are drawn by an ARM Mali-720 GPU. The system memory is 3 GB and the built-in storage is 32 GB. Browsing the domestic offer, it turned out that despite the fact that the machines are much more expensive in Hungary, the quad-core processor only comes with 2 GB of memory. This I think is a pretty big mistake these days, especially with the newer release of Android next to 2GB just enough. 3GB won’t be crazy either, but with that amount we can get by already, we’re not going to get really caught up. 32 GB of storage is enough, but if not, you can also find a card slot under the already mentioned flip-off plastic strip, into which you can insert a memory card with a capacity of up to 128 GB.

The ALLDOCUBE's display has a 10,1-inch screen and a resolution of 1920 x 1200 pixels, which is slightly higher than full HD. The panel is based on IPS technology, fortunately LCD displays are very rare. IPS gives normal contrast ratio, excellent color fidelity and good viewing angles at a perfect, affordable price, so for my part, I’m perfectly happy with it. The backlight is even, maybe the display could be a little brighter because there are already problems on a hot day. Luckily, we use relatively little this way, so it’s enough to just pull into the shade of a tree and everything will be fine.

In other capabilities, the iPlay 10 Pro is flawless, though there will certainly be those again who say mobiles and a SIM card without a tablet are useless. I don’t agree with them because there’s a gesture on the phone to share the mobilnet, so I’ve never had a problem with not having a SIM card in my tablet.

With other capabilities, however, there won't be that much trouble either, as there is 4.0 Bluetooth, dual-channel wifi, which also supports the ac standard, the most important sensors, and GPS support has not been left out either, so offline navigation is also solved.

There’s a camera, there are two, though, because of their abilities, you’re not going to take a picture of your life with that. The 2 megapixel unit on the front is enough for video calling, and the 5 megapixel on the back, if nothing else, will be good for taking 1-2 pictures. Of course, we usually have the phone in our pocket, so we will rarely be referring to the 5 megas.

The machine has a rather large battery with a capacity of 6600 mAh. I like this mainly because the proci with the four doesn’t swallow the energy with it, so the 6 hours of gameplay you can read in the description could really be. For me, under normal use, that is, it wasn’t constantly in my hand, I had to charge it once during the test period, so there’s little chance of a fully charged machine dropping to zero in the evening. If so, we can safely say it is extreme use.

I haven’t talked about the software yet, which in the case of iPlay is an Android 9. It’s basically a factory system, so we won’t be much surprised. The iron is enough to run it, you will be happy with it!

As usual, we ran the usual tests. These include the PC Mark, which represents office work, the 3D Mark, which measures performance in game programs, and the Geenekch, which examines general skills. Here is the summary table:

The results show that the quad-core proci and the adjacent GPU lag far behind the more expensive 10-core processors in performance. This is not surprising after all, but performance should always be considered in relation to price. In this, ALLDOCUBE is not left behind. The Teclast T20 plays in a completely different league, representing the luxury category among Chinese tablets, and Chuwi clearly wants to please gamers with its smaller display and faster processor.

ALLDOCUBE iPlay10 Pro is a third category. Due to its 10-inch screen size, the Teclast T20, like the T3, is suitable for more serious work, or can replace a larger book reader. The quad-core processor, on the other hand, is just enough to still run 3D games at an acceptable speed, so if you’re specifically and primarily looking for a tablet for gaming, it won’t be a good choice. This is also evident from the measurements, since as long as there is no serious lag in the results of PC Mark, which emulates the office software package, the difference between Antutu and 3D Mark, which measures 10D games, is already serious. However, this does not mean that the ALLDOCUBE iPlay8 Pro is not suitable for gaming, for example, in addition to the tests, I also skinned for a few hours with the Asphalt XNUMX, which was especially enjoyable on the big screen.

However, as I wrote before, the ALLDOCUBE iPlay10 Pro is more of an inexpensive all-rounder that is perfect for average daily use, so if you work with it, if your child wears it to school it is a perfect choice and ultimately suitable for relaxation.

In ALLDOCUBE iPlay 10 Pro, I got to know a tablet with very pleasant capabilities. From the above, it can be seen that we can find a faster one, but this will require a much deeper wallet. I loved the look, I was pleased with its performance, and the Android 9 running on it is really perfect software.

In connection with reading books, I consider it important to emphasize that the machine also has a blue light filtered mode. This can be found in the settings as a night mode, it can also be timed on and off. I also use it on my phone when browsing in the dark or reading in a warmer shade, the filtered blue light spares it and makes it much less tiring on the eyes. Turning this on makes iPlay10 Pro the perfect book reader.

I mentioned the price of the ALLDOCUBE machine a lot, but I didn’t write a specific amount. In addition to free and duty-free delivery, we have to pay HUF 32 for it, which will be especially appreciated in the light of the fact that machines with similar parameters, but with 560 GB of memory, are over HUF 2. At this price level, the difference of HUF 50 makes the iPlay20 Pro a very good buy.

If you liked it, look here: 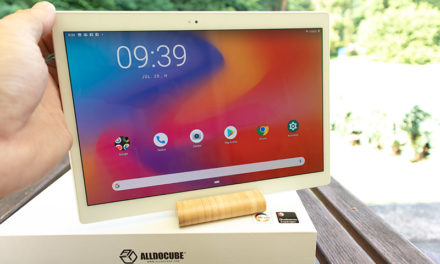 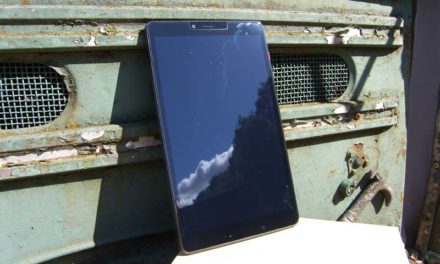 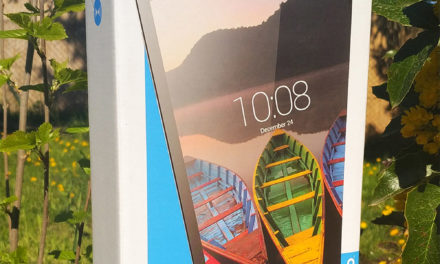