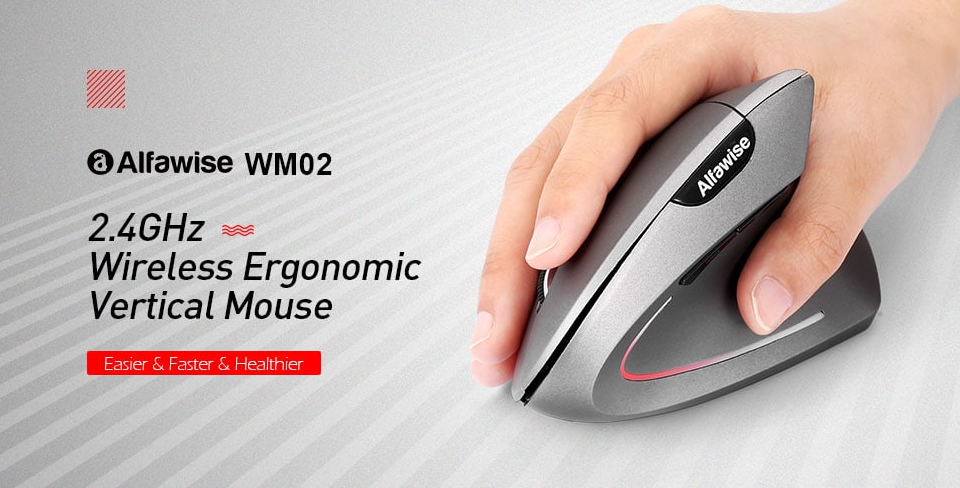 An inexpensive, ergonomic mouse for those who spend a lot of hours in front of a computer.

Have you ever had pain in your hand after a day in front of a computer? You’re not alone with this, because a serious problem with traditional mice is that if we lay our palms horizontally on it, our forearms cross each other, which is downright unhealthy in the long run. Another aggravating factor is that leaning on the wrist puts extra pressure on the tendons, the end result of which is not uncommonly carpal tunnel syndrome. A solution to this problem could be the vertical design of the rodent, which allows us to use it with a much more natural grip.

So the unique design of the Alfawise WM02 serves the purpose stated above, so you can see, again, we were not dealing with an ordinary product.

Again, the manufacturer did not exaggerate the boxing; the point is inside anyway! I wouldn’t have thought it myself, but the user guide came in handy, because at first glance it wasn’t clear to me that the side labeled “Alfawise” isn’t a simple decorative element, but is used to set the DPI (na). As we expected, the special shape of the WM02 proved to be really “palm-climbing”, the mouse can be surrounded perfectly with a larger-than-average hand.

The light effects caused by the optical sensor are shown on the rodent side (see the opening image), this light strip and the simple design form a great pair in our opinion, so the overall picture can be said to be pleasing. The use of materials (strongly) reflects the purchase price of the product, fortunately the manufacturer used a much more pleasant to the touch plastic than we can experience with really low-cost mice.

Foremost, I personally prefer fingertip grip, so basically I sacrifice comfort for speed and accuracy. The pressure point of the buttons is excellent (maybe they could be a breath softer), they run smoothly without minimal backlash. An excellent grade for the basic functions was entered in the log after further investigations revealed that there were never any accidental releases during drag operations, even at low force.

The rubberized roller wheel can be rotated smoothly, no omissions were encountered. However, we were no longer completely satisfied with the side buttons, after finding a comfortable grip position, we found it difficult to reach the switch for reversing. An additional concern is that the two buttons have been given an almost contiguous design, which has led to uncertainties in use due to indistinguishability. We think it would have been worthwhile to put these controls a little further or leave some space between them. It came as no surprise that the classic plastic slide greeted us by turning the mouse over, but here too we managed to discover some positives: at least the battery compartment can be easily opened and closed. It is a practical phenomenon that WM02 switches off completely after a while, if we do not disturb it, then we can of course revive it with the first click.

It soon became apparent that this wonder of Alfawise is not really recommended for precision work, a fact confirmed by our favorite tester (Enotus MouseTest): 200 and 400 DPI. The accuracy was not impeccable, we also faced unpleasant obstructions on the fabric surface, which was also selected for the mouse pad of the unknown make optical sensor. So when choosing the right washer, it is good to have more benches available.

In our opinion, the vertical design can be used in as little as one working day, although it is true that in the meantime we will certainly hand out a few slaps to the rodent. The latter will occur due to the fact that it is significantly higher than traditional solutions, so after two-handed typing we would have to put our paw back on it in an arc. Well, that’s going to go as long as we keep in mind the physical endowments of the novelty, but if we go back to it out of routine, we’ll already “mix it down” with him - based on what happened. Let’s face it, this isn’t Alfawise’s blunder, but simply inherent in vertical mice.

The Alfawise WM02 is clearly designed for office work, with limited gaming and high-precision operations. We believe the product has a raison d’être, again just the “trick” of being aware of its capabilities; obviously at $ 7,29, an all-in-one product isn’t expected. If you have successfully surpassed the optical sensor blessed with modest capabilities, it is worth considering that the buttons work flawlessly, the ergonomic design here is really not a simple marketing ploy, and the convenience is further enhanced by the wireless nature of the WM02. So a gadget won't disappoint if:

The Alfawise WM02 Wireless Mouse is currently available for purchase on Gearbest (click on the picture!) For only $ 7,29. If you have any questions, don't hesitate to ask! 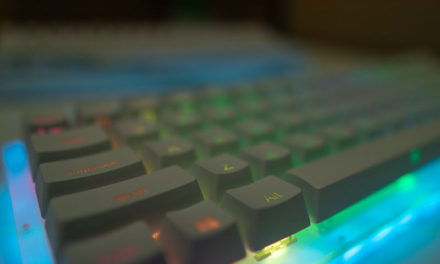