We tested the X3 player mouse

Gearbest fulfilled our request and “surprised” us with this mouse, which we singled out because it proved to be a particularly popular product. For me, it’s almost unbelievable to get a hands-on, working mouse for $ 5,33, even though there were some periods of action when we went even lower than that. What finally decided the choice was the large number of positive reviews, then we said that we should try this too!

First, let’s fix a few things: the “gamer” sign is obviously a baroque exaggeration, plus we feel the need for really in-depth technical analysis, so let’s confine ourselves to the basics - it won’t be the rodent where it’s worth immersing yourself in true technical subtleties. In my opinion, such an entry-level product can at most be expected to meet the minimum expectations with honor. If that comes together for him, there may already be a situation where we can talk about a good buy.

contents show
1 So according to the description you should hold the mouse 500 times…
2 Appearances
2.1 The side button (6) travels a disgracefully long journey.
2.2 Pulsating lighting carries everything!
2.3 The roller is rubberized.
3 Surprise
3.1 They were a little down, but this could not be solved otherwise.
4 The inside
4.1 It would presumably show even better in a video.
4.2 Our measurements (Enotus MouseTest) are 800, 1000, 1400 and 1600 dpi.
5 Summary
6 Evaluation
6.1 X3 USB optical mouse

Let's start with the packaging again. For such products, we have become accustomed to paying special attention to the box. There are still signs of this, the sight as a whole is catchy, but the lack of specifications is very striking. In fact, basic information is missing, which data appears, and that has not been given enough detail. No matter, it's really just a matter of how much the manufacturer dares to say - well, he had the courage to do that…

The side button (6) travels a disgracefully long journey.

The X3 connects to your PC with a roughly 140cm, stocked USB cable. The wire has very minimal resistance (light and soft) and does not make it difficult for the mouse to glide. This is also necessary because the sole is not exactly Teflon, you can feel a minimum of friction. The most striking feature of the gadget is the color-changing lighting: it works with blue, green, red and purple base colors.

You can see the dragon motif (opening image!) In front and the ribbed design on the side so you can imagine how well it looks in the dark. The gradient is very slow anyway (it goes around in a good half a minute), so it can be said to be practically solid. We can produce quite exciting hues by moving the mouse, because in this case a red light effect is activated, which is combined with the former. The lights cannot be turned off, of course there is no drive.

The roller is rubberized.

Extra extra is the double click button. It's a matter of habit, but I think it's a practical phenomenon, although it should be noted that because of this little protrusion, the back and forward buttons have been moved below. Unfortunately, this means that in the case of a larger-than-average hand, using the former (this is below) is not handy, which is a pity because otherwise the rodent design has become quite pleasant; the grooves on the right keep our fingers stable. It can be ideal for an average, perhaps only slightly larger hand.

They were a little down, but this could not be solved otherwise.

Underneath the 7-button rodent are unknown switches, all that is certain is that the click is mercilessly loud - especially at the left button. The hardness of the latter seems to be higher than that to the right of it, otherwise both can be said to be quite massive - it takes some getting used to after a softer switch, but not bad! The roller moves in barely perceptible gears, it has never been turned in the wrong direction or by jumping. This is not at all self-evident, I have come across more expensive and reputable products that have not jumped this bar. The stuff is definitely heavy, it was, let’s say, expected.

It would presumably show even better in a video.

There is also a dpi changer, just in a funny way you can’t find out what credits you are stepping up. We read four different resolutions on a data sheet (1600, 2400, 3200 and 5500 dpi), three of which are actually where there is a significant difference - Gearbest only mentions the latter anyway. Clearly, this listing is a kind of manifestation of humor, as is the gold-plated connector on the box - it also proved to be a net skew. At the same time, the sensor did well in rapid movements, did not rotate and did not get stuck, although a not very confident, wobbling sound filtered out from inside. Accuracy also leaves something to be desired, customization in the Control Panel (slightly) improves usability, however I wouldn't dare recommend it for precision work / games.

Until a quick Paint test, however, we just delved into the details.

Based on the Paint test, no serious jitter occurred at maximum sensitivity. Angle Snapping (AS) is ubiquitous as seen, almost every line has succeeded perfectly. The polling rate was, of course, 125 Hz, and my speed peaked at 0,37 meters / second.

We summarize the experience of our bold business. First, we firmly state that the X3 mouse did not disappoint. We knew that since we were facing, we had no unrealistic expectations. This is actually due to the fact that the stuff is so cheap, but we don't want to discuss its merits at all. For our part, we would not have believed that the basic requirements could be met at such a price, and the X3 did; during the nearly one-week test, we did not experience any outstanding error, it was all in one, it worked “well”. Foam on the cake to look frantically good, for me overall, the design lies well. Let’s be honest; the rattlesnake players can get a little insight from the world of the big ones so that at least there are no complaints about the appearance - the overall picture is crowned by the stocking cable. Regardless, let’s not shy away from reality, with its powerful AS and double-click button, it’s more like an office mouse.

I admit, I wouldn’t have thought in the first few days, but the X3 has such a good grip - it’s a shame for the cheap plastic - that it will remain in use for the time being (!) After the test, so at least I can tell you that its caster when you say boring - I’m genuinely curious about that anyway.

The X3 USB optical mouse is currently available for purchase on Gearbest (click on the picture!) For just $ 5,39. If you have any questions, don't hesitate to ask! 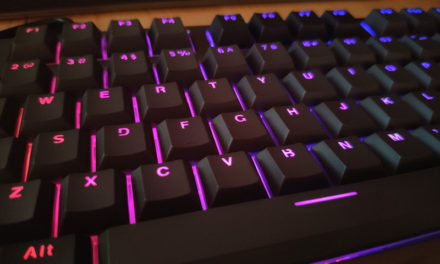 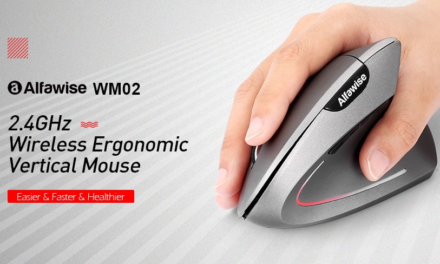 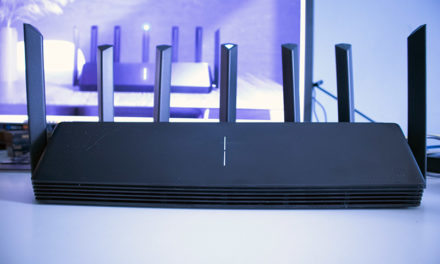 Xiaomi AIoT AX3600 Wi-Fi 6 router test - to infinity and beyond!