It's nearly flawless, but its price is worth it!

There are many who predict the death of the tablets and we have to say that they may be right. Let's say this, despite the fact that hardware has reached the level at which we get cheap, but we have relatively high performance from tablets.

The market, however, narrows, the tables are choked on both sides. From the bottom, the phones with which the six hands are not at all uncommon, but there are a lot more than that, and from the top there are the ever-thinner, thinner laptops, in many cases already built on a mobile platform.

However, we still have many types of tablet available. From the seven coles up to the size 13 colos we find a variety of solutions, but the most popular ones are the 10 colos. In this presentation, we could find a machine that is located halfway between the most common 7 and 10 colos, with its diagonal 8,4 col. The manufacturer of the machine specifically recommends the product to its players, and we will try to make sure it is really suitable for this purpose.

Since Chuwi Hi9 is currently special, and in this action you can really get a very good price and we've got the net to look at the different tests you did. This article will be a summary of many testers' opinions, like verdicts, in which truth is revealed!

Everyone agrees that this tablet is not beautiful. Let's say it's not ugly, it's really just a pretty average-looking structure that was used to build materials that were slightly worse than average. So, whoever does this does not count on an industrial artwork, everything is plastic, the backsheet, which makes a bit cheap impression. There are so many advantages that we do not encounter a dense error in Chinese tablets that the poorly wired WiFi radio signal is further deteriorated by the metal backsheet, so that the cable is free from the router to 5 meters.

So the design is poor, here it's all about sparing, but what's saved here is hopefully spilled on the inside, which is why it's more important. The machine is neither thick nor thin, it is an average shape. The screen aspect ratio is the usual 16: 9, so you do not have to look at the 18: 9 aspect ratio for phones. Above the panel there is a 2,5D bottle, ie the edges of the cover are rounded.

The Spartan design is reinforced by the fact that we have not been distracted by the dozens of connectors. We only get the most needed, a USB port, a headphone jack and a microSD card slot. The continuity of the back cover is interrupted only by the loudspeaker grid located on the bottom of the back cover, exactly where we will catch it if we want to play it on a horizontal position.

So far, we could only hope that the money saved on the outside was spent on the inside, now it turns out that this is really the case. Let’s start with the stronger parts, namely the display, which exceeds expectations, but as you will see later, it also pulls back on performance. The built-in panel has a resolution of 2560 x 1600 pixels, which with its 8,4-inch diagonal results in insane pixel density, resulting in image images that are high than average. Just to make you feel its pixel density is better than the iPda Mini similar in size, on Paper, the Chuwi Hi9 will certainly offer a big bang for the little money. The display alone is worth the price, with an 8,4-inch LCD display with a resolution of 2560 × 1600. This provides a much higher pixel density than the nearest iPad mini 4.

We are not bad about memory either, the 4 GB is quite fair for tablets. The mass storage is also slightly above average as the 64 GB is considered to be extremely large in the category Chuwi's game plays. There are also cameras, two. There is a 5 megapixel rear, one of them is in front, but the testers unfortunately agree that it is not enough that the resolution is low, even the quality of the images is poor. So we do not want to use this machine for photography because weeping will end.

The central unit remained at the end. Unfortunately, this tablet is not a Snapdragon, but a MTK chip, and it is a kind that is specifically designed for tablets. Unfortunately, there are only four seeds, but at least two of the four seeds are not the weaker Cortex-A53, but the much more advanced Cortex-A72. It follows that at lower loads only the lower two slower ones are working, which is expected to be good for power management.

In addition to the 64 bit processor, an Imagination PowerVR GX6250 GPU is responsible for graphics tasks. We do not say that it could not be better, but according to the tests, the overall performance of the machine is acceptable.

Chuwi supplies Hi9 with Android 7, which is better than Android 6, but we would certainly not be counting on the positive side of running a miserable Android 7.1.1. Of course this is not going to be such a big problem that Android is good for this version, especially for rumors about a possible upgrade to Oreo.

Now, it's time for the monkey to jump into the water, and we'll know if it's worth to donate money to the plane. On the net we find tests and results from all kinds of synthetic benchmarks. These are good benchmarks, but they do not reveal much about how it feels to use a tablet everyday.

Well, there is no big mistake in doing that. The multimedia capabilities are all good, 4 GB memory makes it even more enjoyable, even with higher-resolution videos. The loudspeaker is not, of course, a Hi-Fi grade, but a jobbank, as they would count on the machine first. As a disadvantage, two things are mentioned, one that we have mentioned above, that is to say, that in the course of the game one inevitably captures the other, and that we could have worn a forward-looking stereo solution instead. Yes, but as we have said several times, the real question is whether its price is worth it and for the time being it seems so. From this category, we only saw stereo speakers in our litters, but then we got our hands on the bilie and woke up with Chuwi Hi9.

For actual tests, ie during the game, the machine performed as expected. Modern Combat 5 and Asphalt 8 Airborne did not even hit him, but Injustice 2's graphics have been seriously choked. The screen returns to the image. Although it is commendable that we get such a good panel, this is definitely a detrimental performance when running games. The more pixels the more power the processor and the GPU have to move the graphics at the right speed. Compared to the crazy resolution of the Chuwi Hi9, the power shown by the machine is surprising, but with a single FHD resolution display it is likely to get even better results.

Battery life is a very important aspect of a tablet. The 5000 mAh capacity in the machine is considered to be completely average in the category, but the cheaper Chinese competitors often get much weaker. So we can say that we can be satisfied with the 5000 value.

According to measurements, this battery can be charged up to approximately two hours, depending on what it is used for, but it can be said that, with the average usage, a small internet has reached seven hours next to a small game. For this reason, we should not let the brightness be adjusted accordingly, but always use it as a percentage of 50.

The display has been mentioned several times, but we did not say that the testers were satisfied. According to the descriptions, the luminosity of the panel used is suitable even for outdoor use. The colors are vivid and accurate, the viewing angles are also good, so the most powerful component in Chuwi Hi9 is still the flawless display!

As we have mentioned several times without the knowledge of the price, it is not worth the power to evaluate, so let's first see how much we can get this tablet. In the introductory part we mentioned that the price is special, in the case of forint, it is about 42 500.

Is it worth the price? Knowing the currently available tablets at home is the answer is yes. We do not say that this is a century of buying, but the ever-shrinking tablet range is by far the best. By the end of this article, you get some scores in a test program, which shows that the machine is not nearly a hopeless category, but it can also be a good accompaniment for games on long journeys.

The machine is a CHUWIHi9 with coupon code for 52 instead of thousands of HUF, you can buy here for roughly 42 500 forints: Chuwi Hi 9 Gaming Tablet

We tried: Tablets every day 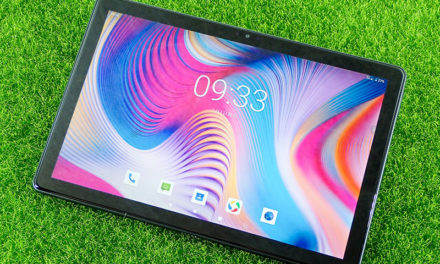 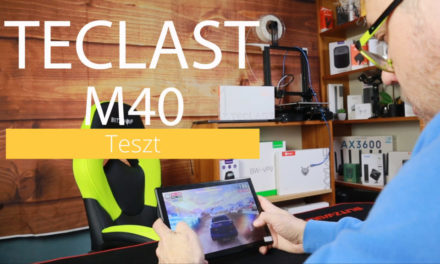 The tablet that even knows! - Teclast M40 test