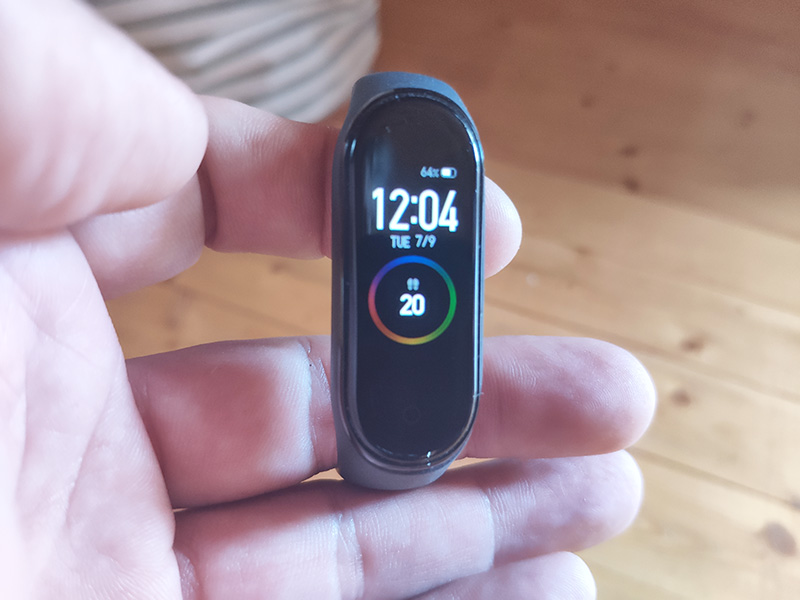 The Xiaomi 2 Smart Bracelet has been a major breakthrough in the market for wearable smart devices. It was a superb structure, tough, knowledgeable, but the greatest invention might not have been these capabilities, but a replaceable strap. Now, we don't have to think about switching from black to red, but from silicone to metal or beaded hippies, so the bracelet was modern, and even 100 could be customized to our taste.

Last year, the third generation arrived. We thought a lot about what Xiaomi's engineers could do to repair the perfect Mi Band 2, but then it turned out that there was plenty of ammunition in the tarsoly. There was a bigger display, a bigger battery and we got water resistance up to 50 meters. Waterproofing was also needed because swimming was included in measurable sports!

Now here is the fourth series, and everything is better again, except for the exterior design because it didn't change a millimeter. This is not a problem, as perfect as it is, it really is not really possible to repair what is good, what's wrong with it?

IF we could object to something in the previous series, it was the display. When there is a color display in even the most nifty Chinese crappy bracelets, it would have been expected that Xiaomi would do the same in its product. But he didn't. Now, on the other hand, he has finally stepped in, but not only in that the pixels are now colored instead of monochrome. It has a larger display, nearly 1 inch of diagonal, a higher resolution of 120 x 240 pixels, and leading to a peak that is adjustable in brightness. Pushed to the maximum, the panel rivals the brightness of the display of a better smartphone, so it can be read in the sun, at least in its way, but at least we finally see something of it. Just to make sure we don’t have a crappy bracelet, it’s not something of a vile plastic cover above the display, but scratch-resistant glass. Let’s say it doesn’t matter much to me, I must scratch this as well as everything I use, but let’s face it, it’s my paralysis, not my watches and phones.

Xiaomin has also used the new display options, so you can now download more than 70 dials, from shit to sport, as far as farewell! Another huge positive thing is that the messages are finally readable. True, the structure is not familiar with the Hungarian language, which is why the accented letters sometimes appear badly, but the thing is not very disturbing.

We've got dials and we've got a wild new menu, which has really got to the Xiaomi bracelet. Let's admit masculinely, the Mi Band 3 is not that cool in this respect, but it was rather silly. But here's the new color AMOLED panel, so they've been used, and they've made a smart watch menu. Of course, it is not so complex, but as I wrote up, we are finally able to adjust brightness, for example.

Of course, Xiaomi Mi Band 4 has inherited much of its abilities, but there are also some novelties here. There is a predictable weather forecast, readable, with pictograms and geolocation. Normal sports such as running and walking are also swimming. True, it was already in the previous series, but now it has developed a lot. With the new six-axis displacement meter, the bracelet is able to recognize how we are swimming in the water. In fact, this is not all, they may also be delighted to have swimming on a more serious level, as the measurable values ​​include the SWOLF number. This is a measure of the length of time and time elapsed during strokes and the time taken. Essentially, this is a measure of the effectiveness of our swimming, which is not good to compare with the results of other swimmers (whether you are moving faster, not more efficient and vice versa), but it is certainly suitable to follow your own development. So, it is highly recommended for swimmers to switch from triple to quad.

It is clear from the above that the Mi Band series, which has been very good, has improved further, and is not a bit too. Most of the time, the new display will be what you will bless, I also dream, it was really cool. Easy to browse, pictograms are well-found, can be interpreted first, recognizable, so the stuff deserves a huge five.

I'm not going to over-explain the athletic skills, so far there was no mistake. I am the enemy of swimming myself, that is, I am not sure to buy the Mi Band 4 to recognize that I swim because I often do not know how I am swimming. So this will fight the expensive… But running, jogging is not far from me, and I will love the ability of Mi Band 4 to have a usable music control solution implemented. Okay, he doesn't know much, but the point is there, we can adjust the volume, move forward and backward through the numbers, start and stop the music. So during the run I will not press the phone with a sweaty palm, it will be enough to bite the bracelet.

If you're already bothering me, I really like being able to set different vibrations to the bracelet in Mi FIT. But not pre-generated patterns, but those that I generate for myself. Super. Anyway, the vibrating motor is good enough in the stuff, running while running, but even on the engine, it is noticeable.

Unfortunately, as the years go by, my vision deteriorates, so does mine, so now, if not strong, I need reading glasses. For this reason, it is vital for me to be able to read at least the exact time on the smartwatch, without glasses, on the bracelet. From this point of view, the new Band also excelled brilliantly, because in the room, in addition to normal brightness, I can even silabize incoming messages. That’s no longer true in, say, scorching sunshine, but it’s the fault of my eyes, not the bracelet.

The color and larger display give rise to the question of how quickly Xiaomi Mi Band 4 dives. Well, I have good news, there is nothing to do with running time, medium display brightness, if I do not push a lot there is the 19-20 day with a charge. Of course, the increased brightness would take a little of this, and it wasn't good to have it on the first days, but the two weeks were still so.

It is important and noteworthy that the central unit of the bracelet is also compatible with Mi Band 3 straps, so if you move on from that and you already have a matching strap, you can safely keep it!

I haven’t talked about Mi FIT yet, and I don’t intend to waste too many words on it. Xiaomisan is perfect, and in addition to the bracelet, he also speaks Hungarian perfectly. Even as a beginner, you will find all the settings and you will not be confused in sports measurements either. Plus, next to the bracelet, let’s say you can wear your Xiaomi smart scale as a tool, and with that, you get a perfect picture of yourself.

Conclusion and some good advice

I think it was clear from what I have just said that I am completely satisfied with the bracelet. They reached their predecessor in a good place, so all the valuable abilities were preserved, and many giants improved.

Then come the advice! The Chinese department stores are stunned by the fact that there is no difference between the international and Chinese bracelets. There is, even though both of them can speak Chinese and English, only the international version will be English if the phone language is not set to English. In Hungary, this is the case, so if you do not want to be jealous of the bracelet (because there is a way to change the language), take the international version! But what you don't buy is the NFC version. You won't be able to pay for it at home, it will be good to open the NFC door with the help of NFC code cards in your workplace. I don't think it's worth the double price this capability, at least for us Hungarians, it's not sure here in Hungary.

So what is the conclusion? In short, the new bracelet is, in my opinion, so well done, so much better than its predecessor, that it is worth it to change it smoothly. I did not dare to say so clearly at the Mi Band 2-Mi Band 3 shift, because then the sporty features were more in the foreground, and if you did not want to use your bracelet for swimming, then it was almost superfluous. But now, due to the new display and the new capabilities associated with it, they also win a lot of people who do not use the sport for daily tasks, that is, how many hours they watch and read incoming messages and notifications.

Today, we were so lucky to have a special coupon just for us from one of our favorite stores, with which we can buy a Xiaomi bracelet for around $ 20, which is almost half the price compared to average shoppers. As the price is thus well below the customs limit, we can choose the cheapest mode of transport when buying a piece. If you would like to surprise yourself or surprise someone with it, you can buy it by clicking on the link below with the coupon code provided: 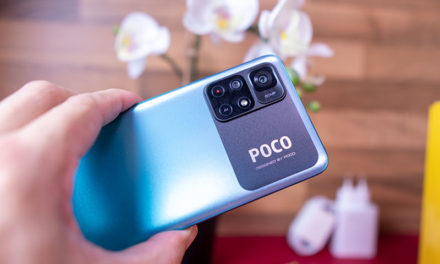 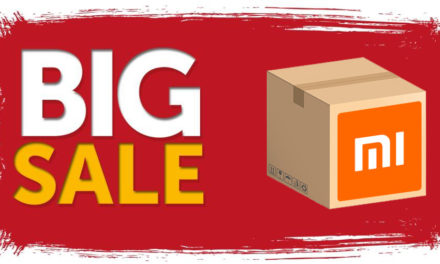 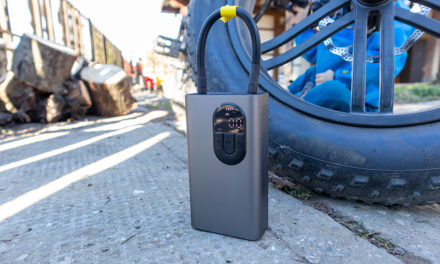 Xiaomi Baseus electric pump - you can blow it! 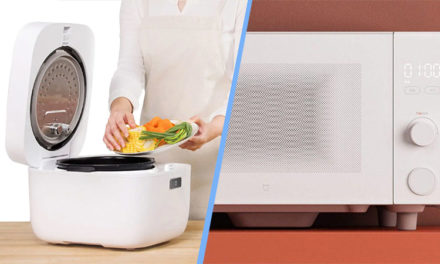