Wifi 6 is now not only the technology of the future, but of today, so prices have dropped to affordable levels for Xiaomi and Huawei as well!

In the present case, this price reduction should be taken seriously, so much so that the price of the new Xiaomi router is essentially the same or just minimally higher than the previous one, wifi 5, AC2100.

However, the routers that are now on offer are nowhere near the top, as the quad-core Snapdragon proci-equipped Xiaomi AC3600 beats them for light years, but in return it costs twice as much. Both the Xiaomi and Huawei routers have a weaker processor, less memory and storage, and fewer antennas to serve parallel data traffic.

However, although the iron is weaker, the point is not lost. That is, the new ac standard used by these wifi 6 routers has been designed to meet the challenges of today. They are able to serve an increasing number of wifi clients simultaneously, without interruption, with low latency, making them perfect for households where many smart devices work, such as a smart home system.

Now, of course, the physical ports have surpassed the long-peak 100 megabyte speed in the home environment, so the routers' WAN port (external foot, to the Internet) and LAN ports are capable of gigabit speeds. However, it is not surprising that the new routers have enhanced protection against external attacks, so to mention perhaps the most important, they use the new, more secure WPA2 encryption instead of the old WPA3 encryption.

You can find the routers here: 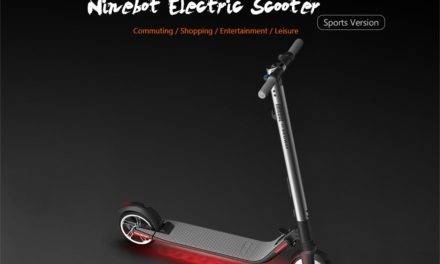 Brutal hundreds of dollars in promotions on Xiaomi Segway scooters

The Cooler Master came up with two new tabs

Headset, speaker pair and a sound card from MSI