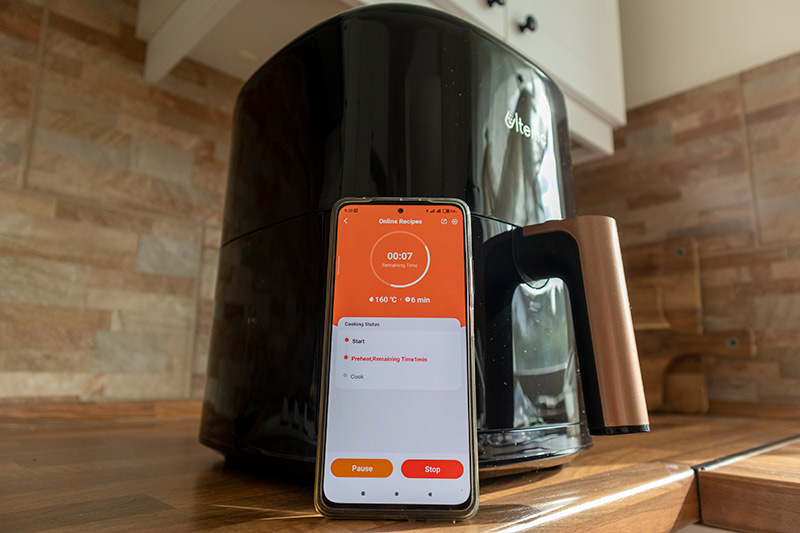 Electric frying without oil is more timely than ever.

I have been using a convection oven for quite some time now. When I bought it, I didn't even think about saving, rather that approx. I can bake things in it in a fifth of the time than in the built-in oven. This worked out well, we only turn on the larger oven when guests come, and we need to bake enough so that we can prepare the larger amount of food faster on two "floors" and keep it warm. 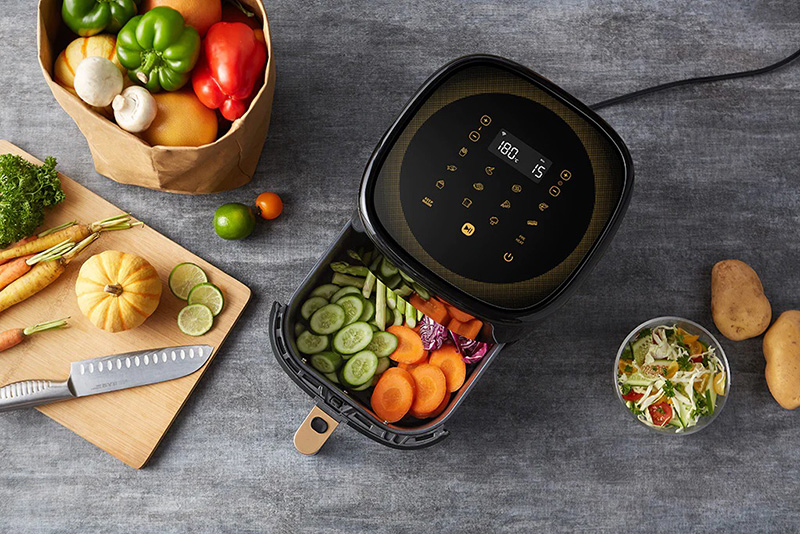 So the convection oven came, saw and won. At the same time, I know that many people did not like it. It's true that the flavor will be different, as if we were frying in oil, but it's something you get used to, and there are some practices that will help you get the old flavors back. For example, shake the fries well in a bowl with a little oil. Or the fried chicken, in which the pretzel must be spread very thinly with a little oil to get a delicious, crispy coat.

In this article, I was able to try out a new oven, one that not only bakes quickly, but is also smart, and we also get 100+ recipes that we can choose from at the push of a button. Nice guy!

The packaging is surprisingly beautiful. Let's say I haven't come across Ultenic products yet (there aren't many of them), but the quality of the box is such that it assumes that we won't find any crap inside. There are not many accessories. The tray to be placed in the baking basket and some booklets are waiting for us. 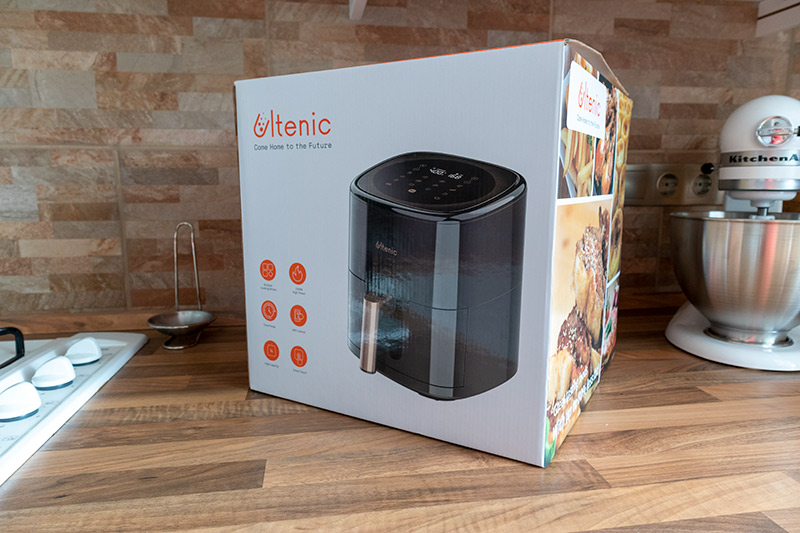 Among the latter, there is a description of the machine, one of the phone application and one that contains recipes. Unfortunately, it's only in English, but luckily every Android phone has a camera translator, so if someone wants to try the recipes but doesn't know English, don't worry! 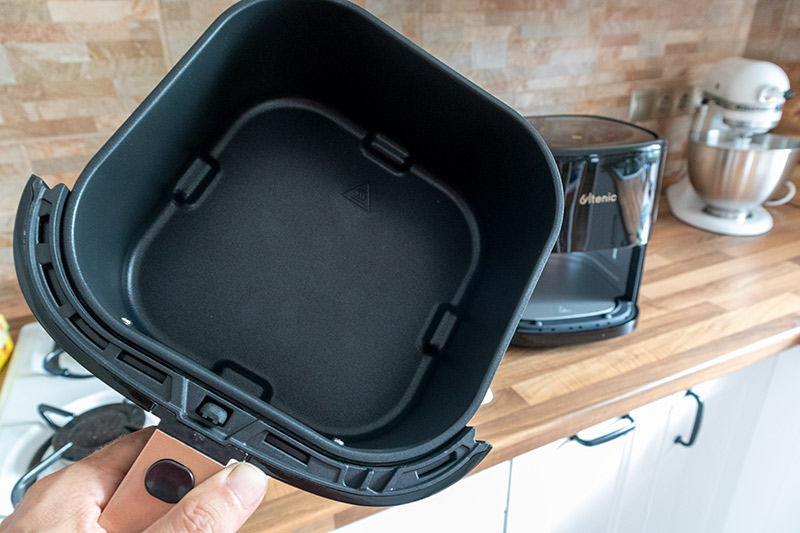 The machine itself is nothing extra category. In terms of size and appearance, we get the usual things. Its weight is 5,7 kilograms, and its dimensions are 27,1 x 27,1 x 30,6 centimeters, which means that it is considered small among its high-capacity counterparts.

Because, and this is very important, this machine has a 5 liter basket.

I emphasize this because I often get criticism that the ALDI and LIDL machines cost the same, which is true, but they are usually only 2,5-3 liters, which means a crazy big difference in terms of usability! 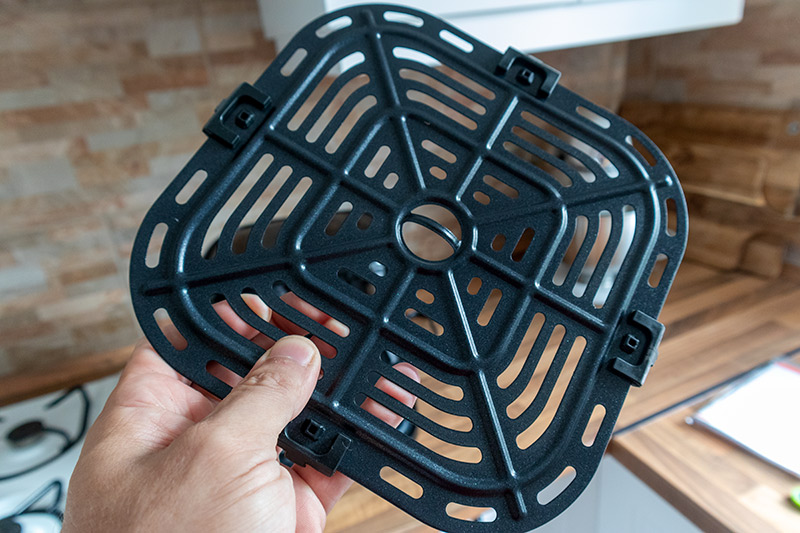 So everything is fine from the outside. The drawer with the handle is at the front, the control panel is at the top, if you don't want to mess around with your mobile phone, you can also control the two essential things from here, the temperature and the length of the cooking.

Also, and this is a very important difference compared to many competitors, the pictograms are not just decorations, but selectable options with pre-set baking modes.

At the back, there is something that looks like an ear, which is not really an ear, but a piece of cleverness that immediately gave the designer a thumbs up. This is because it is an air deflector that directs the outgoing hot air down and up, so nothing gets fried behind the machine. This will be a short chapter, because a lot has already been revealed from the paragraphs written above. I will write it again, in summary. And how surprising, we also find a button on the lid that says Keep Warm!

As I wrote above, the baking dish is 5 liters. I checked this, I was able to fill it with 4,9 deciliters of water, so let's assume that we have 5 liters. The duration of baking can be adjusted between 1 and 60 minutes, while the highest noise produced remains below 55 dB. 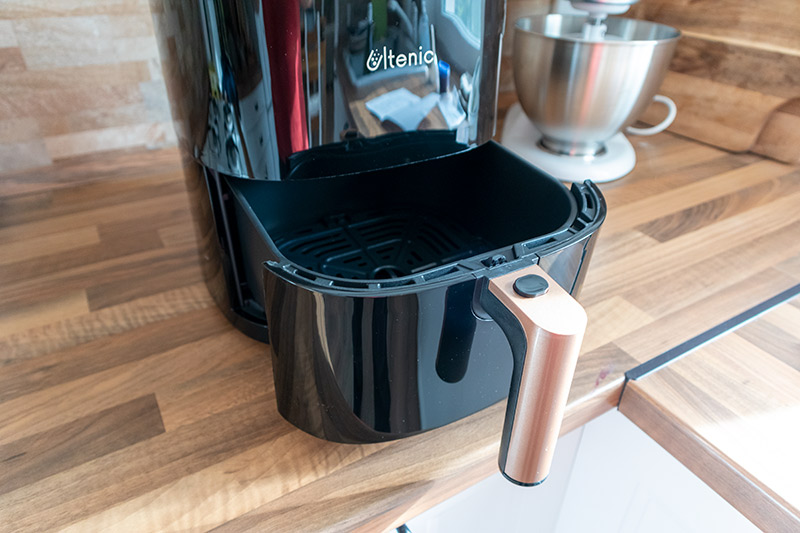 I wrote above that there is a phone application, for which we can find a wifi module in the machine. I will write a little about the app in the next chapter! It is important that the oven can be integrated into Amazon Alexa and Google Assistant smart home systems. As I wrote, we receive a separate booklet in which we are introduced to the operation of the phone app. I note that the matter is not very complicated, so you may not need the booklet.

There is a QR code in the description, which hides the link to the app for Android and iOS systems. After downloading, a simple installation follows.

If the program is on your phone, you need to create an Ultenic account, which requires a username, email address and password. So the usual stuff. This is necessary because we will be able to add a variety of devices to the Ultenic app (if we buy other Ultenic machines as well), so authentication does not hurt to prevent someone from turning on our machines without permission while we are not paying attention.

The program itself is extremely simple and reasonable, because we cannot set the temperature and baking time, which is completely unnecessary in my opinion, since we can set this on the top of the oven.

The Ultenic app is actually a big cookbook.

This program can therefore be considered much more like a collection of recipes, in which you can easily search by name and browse by category. What's more, we can create our own recipes, in which we can photograph the finished food and enter everything, so that we can then use it at the push of a button, just like factory recipes.

As you can see, I tried to include as many pictures of the program as possible, so you can check how simple and practical it all is! Now I didn't bake potatoes, I was more interested in how to use the recipes. Well, I'll shoot the joke, okay!

It's really quite simple. I took a small piece of steak out of the fridge, chose a recipe for it, and then I messed up the cooking. There is a thing in the recipe called preheating. I thought I would have to do this, so I preheated the oven. It shouldn't have been, because as it turned out, if there is preheating in the recipe, the program runs by preheating first. When the heating is complete, the machine beeps, we throw in the meat, and then the normal cooking process starts, which lasts as long as the program says.

I really liked that the program started from the recipe indicates when the meat needs to be turned, or the smaller baked goods, such as we have to shake the French fries together. So, programmed in this way, these recipes really work well, and the end result will be good. Of course, I overcooked the steak a little at first, but those of you who read this article won't. In the second round, I grilled a couple of sausages. There was no recipe for Sausages, so I set the baking temperature and baking time based on my experience with my own oven. The former was good, the latter too much. In other words, I declared the sausages ready before the cooking time I set had expired. This shows that there are differences between ovens and ovens, you have to learn each one for the correct end result. I would like to note here that if you buy such an oven, there is a good chance that the phone will rarely appear. If you want to quickly fry some potatoes, chicken wings, fish, meat or whatever, you can select them on the top of the oven and start cooking without any magic.

After a while, you will know how much time it takes, and of course, if you don't, you can still look in the basket to see if the food you put in is cooked. The Ultenic K10 turned out to be a frank little machine. It's smart, but they don't want to force smartness on us, that is, pressing the mobile phone during daily use. You can also choose from a wide variety of baked goods on the cover.

This is also important to emphasize, the pictograms on the roof are not decorations, there is a programmed recipe behind them too!

I think this is the greatest virtue of this machine, that is, the many recipes that can be used, because, anyway, it is essentially just like all other similar machines. I mean the better ones, because I also had one (outwardly no worse) that I didn't write an article about because it was almost useless. Unfortunately, this article is given added relevance by the rise in the price of electricity and gas, as well as the fact that at the moment no one knows whether the cap will remain on the price of cooking oil or not. You don't use gas with this oven and you save a lot of electricity if you use this instead of the big oven. The icing on the cake is that you will use almost no cooking oil, which will not only be good for your wallet, but also for your health.

I know you are used to me always trying to negotiate with the distributor so that I can write the lowest possible price instead of the usual price at the end of my articles. This was also the case now, so I received the for 20 ovens BGHU2523 coupon code with which we can reduce the original HUF 52 price to HUF 400. This means barely 92 dollars in dollars, and believe me, I have been in the business for a long time, 92-93 dollars for such an oven is a very good offer. If you like the oven, then use the BGHU2523 coupon code, and you will receive it quickly from a Czech warehouse, without paying additional customs or VAT. Shipping is free! Click on the following link: 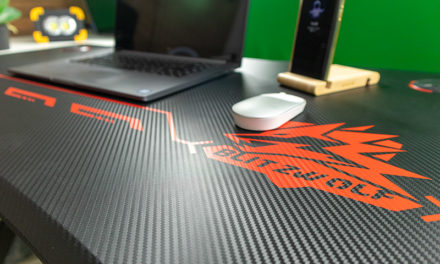 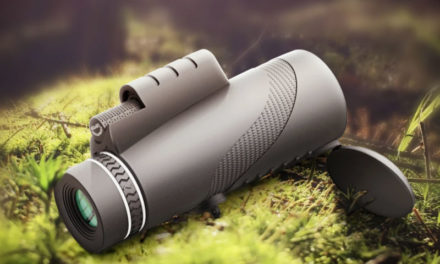 The best EU stock of Chinese stuff under 5000 - May

The best Chinese gadgets of the week, still from EU stock