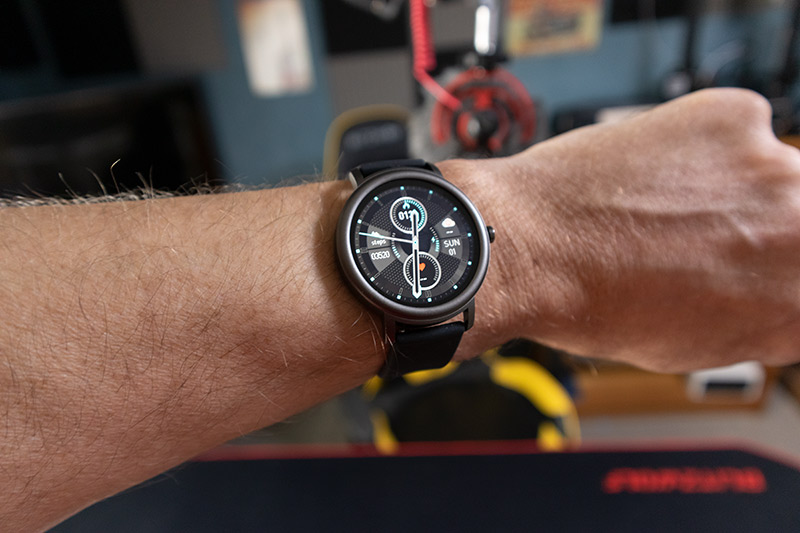 It looks good, your knowledge is okay, and the price is friendly, what could be wrong with us?

Check out the video tutorial too!

Xiaomi can slowly own so many brands that even those who are knowledgeable about the subject are confused. Plus, we now find watches under several brands. There are Xiaomi’s own watches, then there are the Amazfit, Haylou and now IMILAB timepieces as well.

The question is right whether, in the face of such dumping, we need more manufacturers and more watches. No matter what we think, Xiaomi says the watches are needed because Mibro Air was unveiled late last year.

Mibro is still an unknown manufacturer, and its products so far have been mostly available in China. They have not produced watches, so Mibro Air is their first attempt in this area. Let's see how it turned out!

The Mibro Air box could even be a Xiaomi watch box, at least because of the colors, as the cardboard is white and orange. At the top of the watch, on the side, are the most important features, at the bottom are a list of accessories, among others. 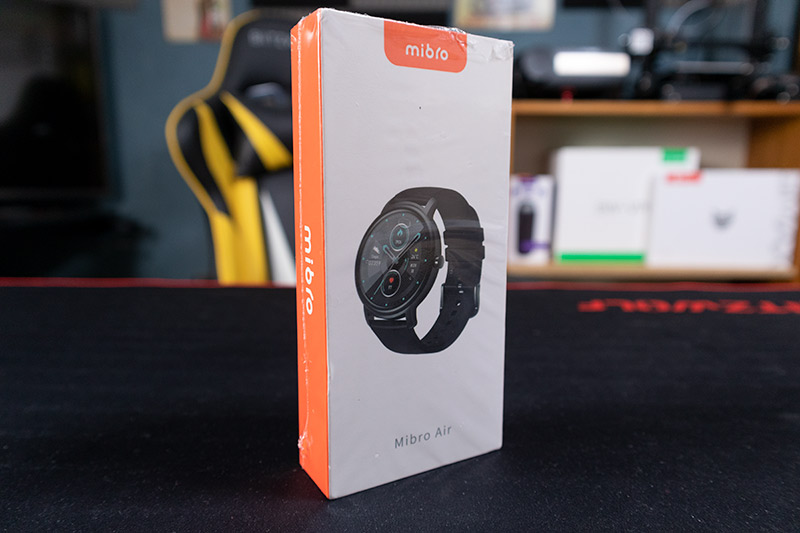 The box is pretty filigree, so we can be prepared for the fact that too much of everything inside isn’t waiting for us, and we’re not even wrong about that. In addition to the watch, we find a magnetic charging cable and a description, then slip, the end of the line of accessories. 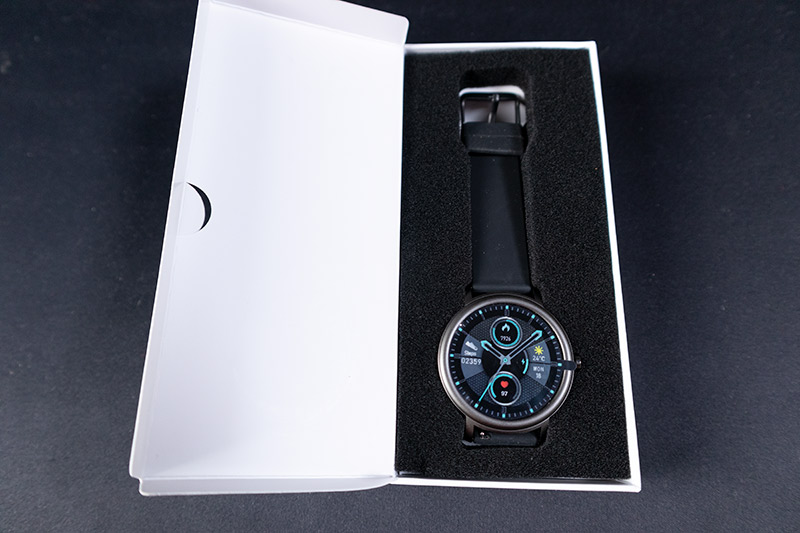 When I picked up the Mibro Air, my first thought was how light and thin it was. I also got the IMILAB watch quickly, and it is much smaller in weight and size. 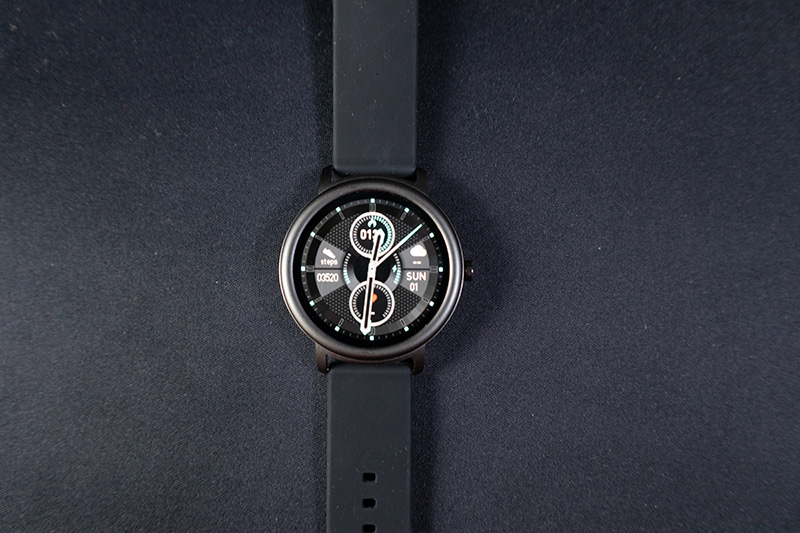 Its diameter is 42 millimeters, and this size is typical of the women's versions of the Amazfit watches. From this we can immediately conclude that the watch is a unisex piece, i.e. it is neither too small for men nor too large for women. Of course, it also depends a lot on the wearer's wrist.

We are not surprised by the materials and design either. Glass at the top, metal frame around, plastic at the bottom. This is, so to speak, the usual compilation of a smartwatch. For example, I like the plastic bottom myself, I feel more comfortable than the metal. 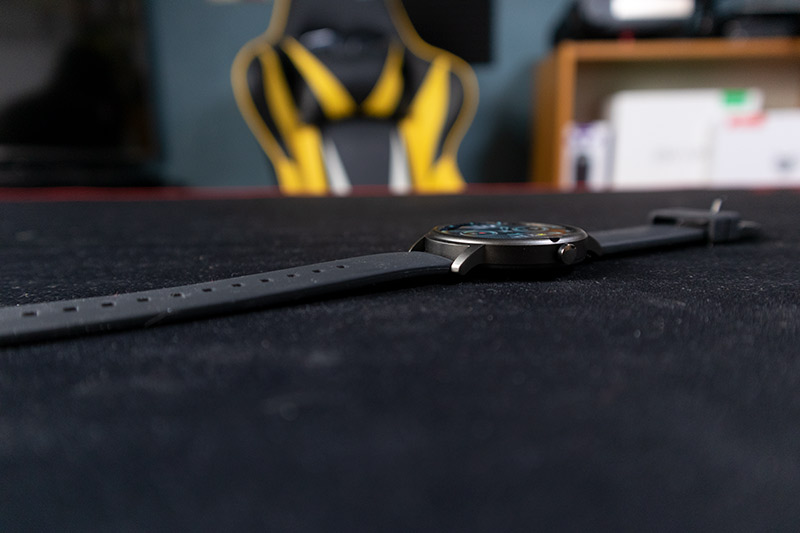 There are no controls, ie buttons. The only button on the right in the usual place can be used to turn on and off, turn the dial on, and return to the dial. There is no other function, although sensing the scrolling would have made sense, but I will write about this a little later.

The strap added to the Mibro Air is the usual silicone. Comfortable, enough, but not too soft, but it can no longer be said to be special, even most of the unbranded watches are like that, so we can say that this is the basis these days. 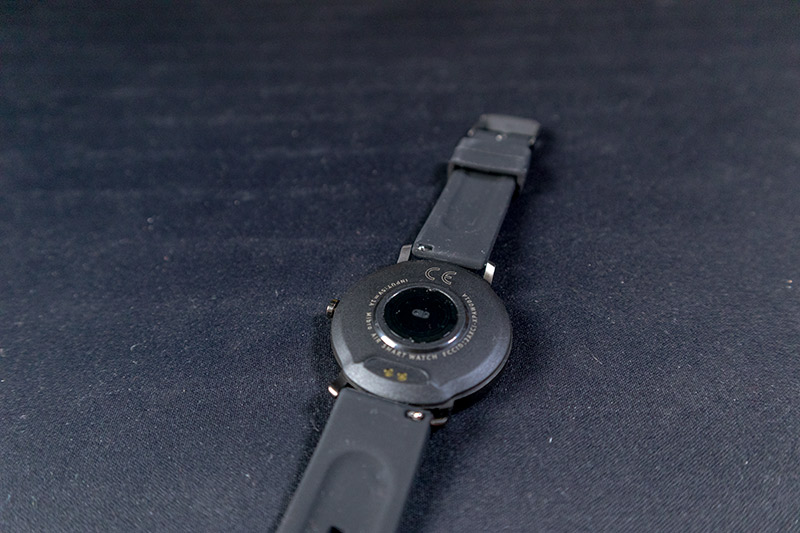 Anyway, the Mibro Air looks good. The matte black (gray) metal frame, the strap that fits in with the color gives a discreet but quality feeling, so even before we turn it on, we get the feeling out of something crappy.

This speed is common to all parts of the software. The functions scroll easily and quickly, just as the menu runs around with similar butteriness. 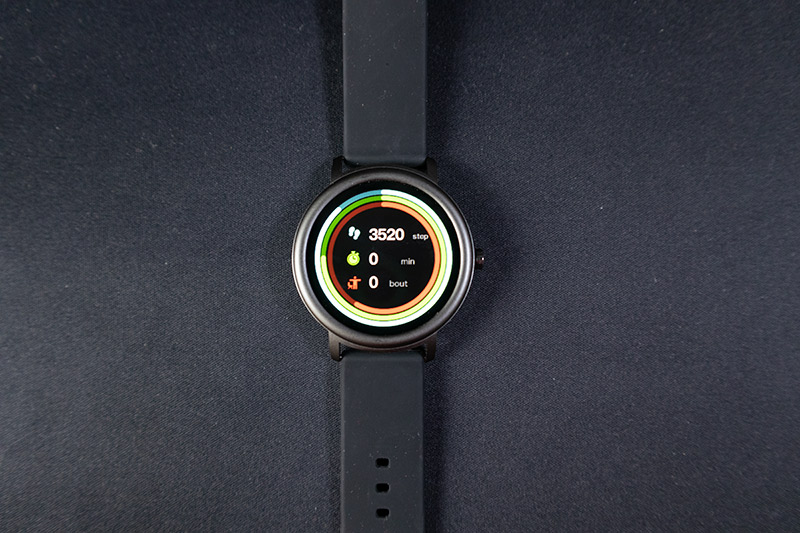 Yes, around, it's not a mistake, because Mibro doesn't use the usual up-and-down scrolling pictograms. You can rotate the functions to select what you want to use.

In terms of features, it soon becomes clear that this watch is much more of a smart bracelet, at least if you look at your knowledge. Smart bracelets are commonly referred to as fitness trackers, which is a good indication that in addition to watch functions, they offer a solution for various sports measurements. This is no different for Mibro Air.

The watch supports 12 sports, including:

As you can see, swimming is not one of the supported sports, which is not particularly surprising given that the protection against water and dust is IP68. In practice, this means that we do not have to take it off for a quick shower or hand wash, but swimming is not highly recommended. Of course, the structure is protected against sweat.

Using the clock, scrolling through the dial is just like any other similar structure. Anyone who has tried such a watch will already be aligned on all of them.

Drag the dial down to access the quick menu, here you can see the charge, you can adjust the brightness of the display, you can set when the display of incoming messages is inactive (don't disturb). Dragging the clock to the right will find the daily number of steps, time spent exercising, and calories burned, dragging the weather to the right again, and then heart rate measurement.

Drag the dial to the left to access the menu, and move the dial up to view the received messages. So there is no great magic.

By the end, one more thing, even the skills. The watch knows everything that can be expected from such a structure. Heart rate measurement, up to hourly, pedometer, sleep monitoring, stopwatch, timer, message display (also known as accented characters), remote control of our phone's camera, music player, alarm clock. So there is everything.

I wrote down the title of the chapter, and then I literally scratched my head a little bit about what the hell I could write about a thousandth software that showed essentially nothing new compared to the previous ones. Of course, this is just my problem, I can’t expect you to read my article on every smartwatch, so it’s likely that this will be your first of its kind. I am forced to rewrite it, albeit a thousand times.

For Xiaomi classes, I definitely count on the advantage of not redesigning an existing millennial program (like some unnamed classes), but writing their own app. This, of course, is no guarantee of anything, the Haylou Fit app - which is in vain Xiaomi - is scolded by many, while the IMILAB KW66 next to me specifically came in.

The Mibro Fitt app that came with Mibro is like that. It is not overcomplicated, all functions are easy to find and pictograms, figures, graphs are easy to interpret. Maybe I can only mention one thing as a negative, that he can't speak Hungarian.

I suggest that if you like the watch anyway, this is one problem not to deter you from shopping, because you can do brilliantly with it even without language skills.

So the program. There are only three tabs in it, the first of which is the home screen where you can see the main values, heart rate, sleep monitor, and so on. The second tab is for the workouts, the third is named Me, and it hides things about our settings.

In addition to the latter, the menstrual cycle can also be followed. Remember, I wrote at the beginning of the article that the watch is unisex, so here's the proof!

I was basically happy with everything. As I wrote above, the wear is comfortable. The watch is featherweight and is extremely thin, so we can slip it under the sleeves of a narrower shirt or blouse, the wrist is not on it like on chunky sports watches. The strap is just as comfortable, so comfort is ticked.

I wrote about the software of the watch, which is extremely fast and easy to use. It belongs halfway to the hardware, but the display is still a topic related to the use of the software. 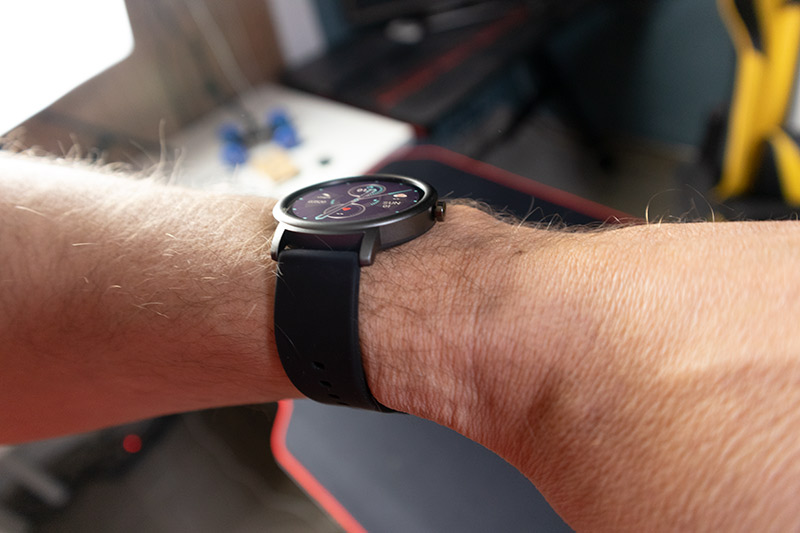 The 240 x 240 pixel TFT panel is not an AMOLED, but at the strongest level of the four-stage adjustable backlight, it already provides enough light to be used comfortably during the day. Of course, the scorching sun is not a friend of this watch either.

While using it, I encountered two problems, one is more software and the other is more hardware.

The software that missed the heart rate during sports. I really liked this during the Amazfit class, because especially in the summer, when I ran in higher heat, it was said when the pulse ran out, in which case it is recommended to restrain ourselves a bit. Filling the gap is probably just a matter of a software update, but whether the manufacturer is stepping in is not known.

The other problem is that although not very often, but it has happened to have dropped the Bluetooth connection on the watch. This is problematic because messages do not come through the phone. I’m not saying it happened often, but there were 4-5 times in about three weeks of the test, and well, that’s not worth keeping silent about either.

Anyway, the watch has Bluetooth 5.0, which should be good. So I don’t really understand the thing, it might be phone addicted, and smoothly I just wasn’t lucky. Bluetooth reminds me of energy saving. And that reminded me that I didn’t write about battery life. Well, the manufacturer gives 10 days under normal use and the standby time is 25 days on a single charge. The watch, in my experience, knows that too.

Mibro Air is not perfect, although it is possible to live with these two problems. In return, it looks good, uses materials well, and can be good for ladies, for example, which is quite rare.

You can’t go crazy much, essentially just what any similar structure does. In return, they don’t even ask for too much money for it. Currently, it can be picked up from a Polish warehouse for roughly 10 forints, and for that money we still get a Xiaomi watch, true with smart bracelet features, but at least a watch shape and a large display. From what I think so far, I think it turns out that this price is well worth it.

If you would like to purchase, click on the link below. Use to purchase a MIBROAIR2020 coupon code and choose the Polish warehouse to arrive quickly! 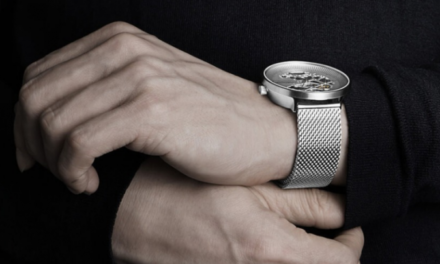 CIGA: The new, durable and beautiful mechanical watch from Xiaom 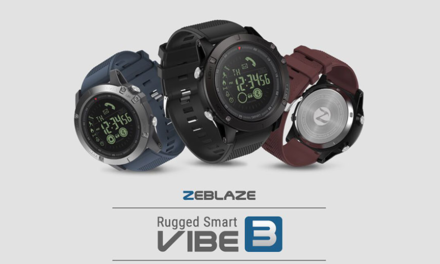 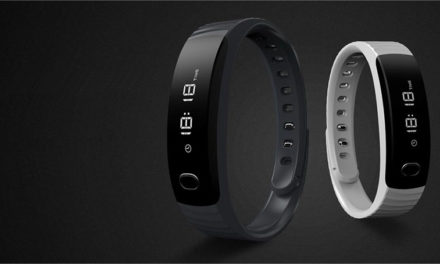 Simple, yet I love it - H8 smart bracelet test