The AMD Ryzen 7 1800X has become even more powerful

3DCenter aggregated a bunch of test results and then found that the Zen-based processor had developed surprisingly nicely over the past year.

As is well known, the first CPU based on Zen architecture thoroughly subverted the stagnant water. The start was smooth overall, of course this does not mean that the engineers immediately took advantage of the possibilities offered by the very innovative structure. Thus, after a few months, the developers came up with AGESA updates that e.g. the pace was increased with faster memory access. It also took time for the programmers to perform the optimizations that Zen required, or at least demanded. Of course, it’s also obvious that more and more applications these days can handle a higher number of cores (even if not necessarily with 16 logical threads), so progress is visible. Together, we believe that the Ryzen 7 1800X outperformed the Core i20 7K by “only” 7700% on the opening day, but by 27% today. In our opinion, this is a very nice result, as it is definitely worth keeping in mind that from AMD's point of view, the recent period has been about gaining market share, treading the path - aggressive pricing suggests this. Once this has undoubtedly worked well - and this can be filtered out of Intel’s haste - Ryzen owners can absolutely rightly expect their increasingly populous camp to be increasingly served by programmers. This is likely to be the case, as few people want their forums to be flooded with user complaints, and on the other hand, Zen is far from as unique an development as the Bulldozer, so it’s easier to program it efficiently.

It’s worth noting that the overall picture also improved during games (by 3 percent), but here the change is smaller because the main focus is on the video card, not the CPU.

3DCenter determined the above values ​​by averaging the measurements of several known portals, so the numbers came from virtually hundreds of data sets. 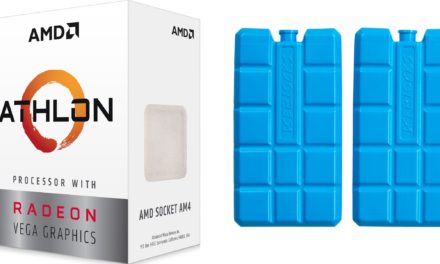