We wrote on the previous page that Steadycam is no longer a solution, but rather a system that includes many elements. The system itself is the Steadycam as a camera holder, and the name is what includes a lot of different holders, tripods, levers.

Over the years, video technology has changed a lot. The cameras have become lighter. Instead of the 90-pound monsters of the beginnings, 20-25-pound professional cameras are now used. Meanwhile, of course, home videoing has also undergone serious trunk development. Compared to “industrial” cameras, light, few-pound structures have now been replaced by solutions of less than a pound, less than a pound.

In addition, the knowledge of cameras has also increased. On the one hand, HD solutions are becoming cheaper and 3D cameras are expected to become more widespread, and on the other hand, DSLR cameras have also appeared. You need to know about the latter that they are really cameras, not camcorders. What do they have to do with video then? DSLR machines, like essentially all digital cameras, are capable of recording video. Plus, these days, they can do it in a resolution that gives you the right quality for even HD television. A big advantage of cameras over Moroccan cameras is that serious lenses can be used with them. Of course, this is also true for semi-professional cameras, but there is an order of magnitude difference between the price of cameras and cameras.

Because of this, the use of DSLR cameras has caught up with amateur videographers as well as smaller studios. Recently, in Balatonfüred, I witnessed an interview with a local politician, which was recorded by a city TV staff with a DSLR camera.

Why did I go into this? Because users of increasingly advanced, increasingly knowledgeable Moroccan cameras and DSLR cameras are becoming less and less satisfied with the quality of hand-held movies. Many people want the holiday video they make to be as high quality as a movie, not only in terms of resolution, but also in terms of motion. While most cameras have some sort of software vibration damping, it doesn’t nearly provide the floating, floating feel you’d expect.

Because of this, we can read more and more places on the Internet about how to create solutions that allow you to make “floating” recordings like Steadycam systems. For example, I carry a tripod, that is, a tripod, with one that has a small handle on the stem that allows me to move it all with ease. The weight of the tripod can reduce the vibration of my wrist somewhat, so I can take better quality shots than material taken from my hand.

However, in addition to amateur solutions, there are already real professional structures that account for roughly a third of the price of a more serious Moroccan camera, and of course they can be used not only for one camera, but for many years to be our loyal companions. The following pages present such a solution. 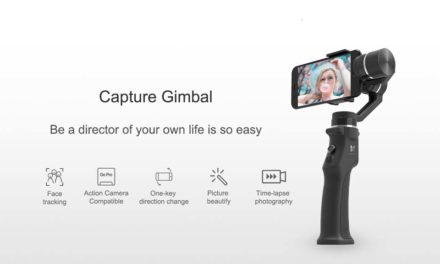