The BIOSTAR NVMe SSD will indicate if you want to fry 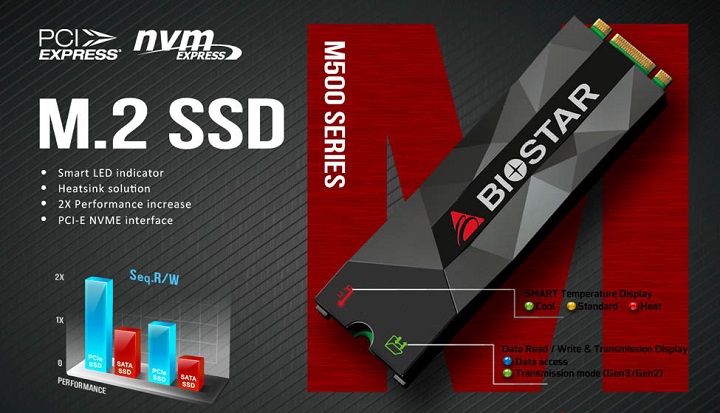 One of the cancers of lightning-fast data storage is warming and the resulting slowdown.

The throttling phenomenon is not unknown in drives with an M.2 connector, as efficient cooling is difficult for these products due to simple physical reasons. BIOSTAR in the M500 series tries a classic method, ie a metal heat sink plate, and the products are also equipped with an LED indicator. Feedback is limited to:

If you experience deceleration, you can use this system to check at a glance - in the appropriate engine compartment - the condition of the M500. Although this does not solve the basic problem, this information can be useful nonetheless. In addition to the temperature display, the stuff also got a status LED, which can glow in blue and green, depending on whether data is in motion. The data transfer capability of the series is shown in the figure below.

Prices are as follows:

Miniature media has been announced by Walton Chaintech

The latest DTS software package has been released