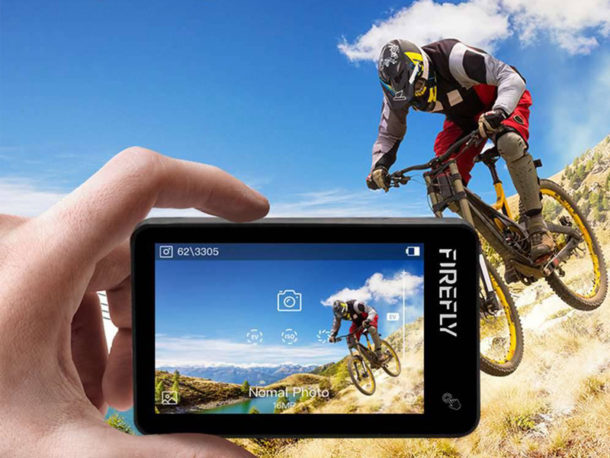 Huge resolution and great image refresh is no longer enough, you need a touch screen too!

Nowadays, we have come to the point where it is completely unnecessary to compare Chinese sports cameras with GoPro or DJI. They give amazing quality for a fraction of the price, something that everyone will be happy with. A good example of this is Hawkeye's new camera, Firefly X. The form, of course, remained well-established. The small cube has a huge lens at the front and a display at the back that loads almost the entire back cover. On Hawkeye cameras, we can also discover a tiny mirror on the front panel for a while. This weird solution is made for those who want to shoot themselves, the mirror shows if our face is in the picture while shooting. The real curiosities, however, are just beginning, some of which are safe to say, Firefly X is already one of the next generation cameras. The first, and one of the most significant changes compared to previous versions is that this camera is already waterproof in itself, meaning that it is not necessary to pepper with a separate waterproof case as before. IP66 protection is quite sufficient if you use the camera in the rain or while skiing, for example.

The second big change is that instead of the usual Ambarella A12 chipset, the new generation Ambarella H22 has been added to the camera. The A12 was a benchmark for a long time, in which camera we found this, it was guaranteed good quality. The H22 is an improved and of course much more powerful version of this chipset. With this, we are not surprised for a moment that it is capable of capturing 4 K images at 60 FPS, which allows for truly amazing image quality. Of course, the image quality depends not only on the chipset but also on the sensor. This is no problem with the Firefly X either, as the Sony IMX377 was the right choice. The third change is that we already have a touch-sensitive rear display with this camera. In practice, this means that we can finally get rid of the buttons placed on the camera, we can select the right setting in the menu with lightning speed, by tapping. Also noteworthy is the resolution of the back panel display, which achieves a resolution of 2,35 x 960 pixels even with the small 480-inch screen diagonal.

This is still not the end of development. One of the biggest problems with sports cameras is the short battery life. In the case of the Hawkeye Firefly X, we will have less trouble with this, because instead of the usual 900-950, or better 1050 mAh capacity, a 1200 mAh battery similar to the peak chambers has already been installed.

And now you can come with more extras in headlines! The new Hawkeye camera has gyroscopic anti-shake, we get a 150x digital zoom and the camera has a XNUMX-degree viewing angle. Of course, it can also be controlled remotely, we also have a Bluetooth and wifi connection for the connection. If you use it for more serious purposes, such as VLOG, the good news is that you can also connect an external microphone to Firefly X.

The manufacturer recommends the chemra even under extreme conditions, it is described to work flawlessly between -20 and 60 Celsius. Capabilities, motion detection, endless recording, night recording and Time Lapse mode are also among the capabilities. We get a gravity sensor, and we can even direct the picture directly to our TV via an HDMI connection. The listed capabilities have so far only been found in higher priced cameras. Their prices range in the $ 400-500 range, meaning we’re talking really expensive structures. Hawkeye Firefly, on the other hand, is priced at just $ 159,99 in the introductory campaign currently running. We know that’s not a bit of money either, but when you compare it to your camera knowledge, it doesn’t seem like that much at once.

Spy glasses for everyone!

Here is the world’s first 3D camera for average people 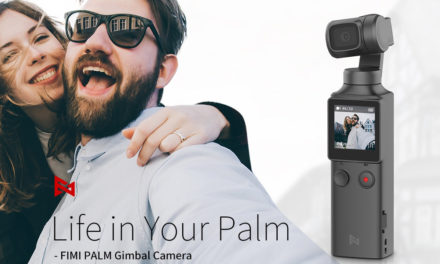