Have you tried it - Blitzwolf BW-GC4 gaming chair or non-gaming chair? 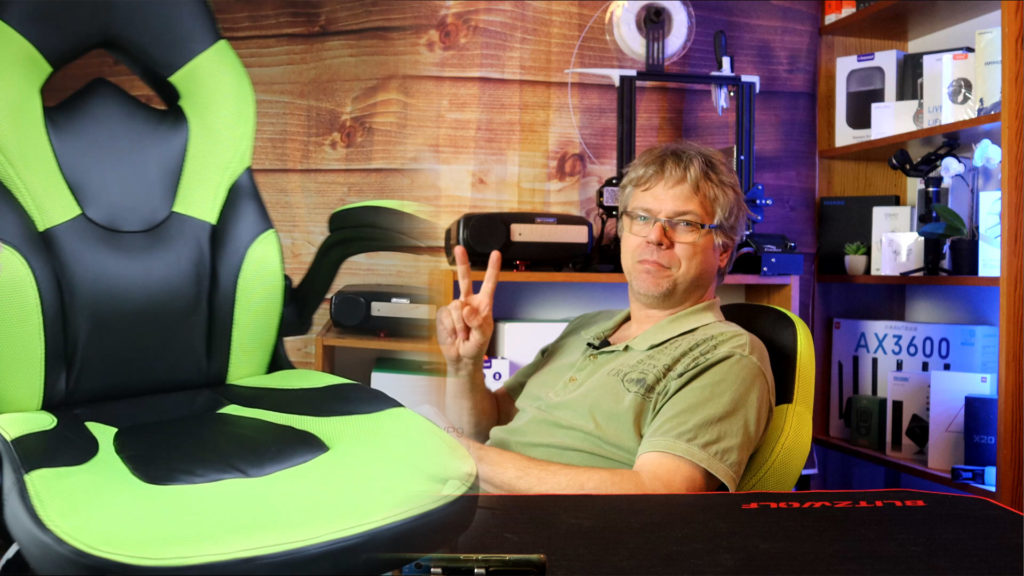 The Blitzwolf BW-GC4 is one of the cheapest in the manufacturer's gaming chair series, I slapped it!

Watch the video tutorial too!

Blitzwolf began selling chairs last summer, quite precisely gamer chairs. The thing came in because the cheap but showy chair had been ripped apart, not convinced by the merchant to bring more and more containers to his European warehouse. 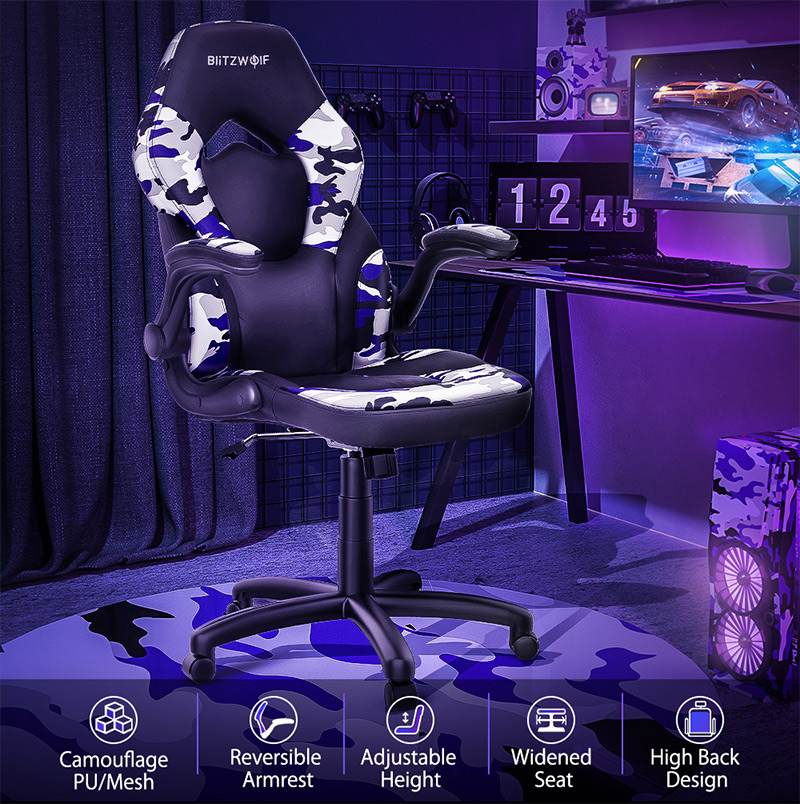 The Blitzwolf rode the wave of popularity, and more and more chairs arrived in a row. Came the BW-GC2 and GC6, which I use myself, and then came the cheaper pieces, BW3 and BW4.

A common feature of the latter two chairs is that although they look cool, they don’t have much to do with bloodiness in the blood, based on the pictures. Nevertheless, I thought I would try the more expensive of the two cheap chairs, the GC4.

Even with the size and weight of the box, it was felt that a smaller porter was lurking inside it, so it was.

Of course, the number of components did not decrease significantly either, because in the box we find the star on which the structure will stand, we have five castors, a telescope and its cover, two armrests, a seat and a backrest. 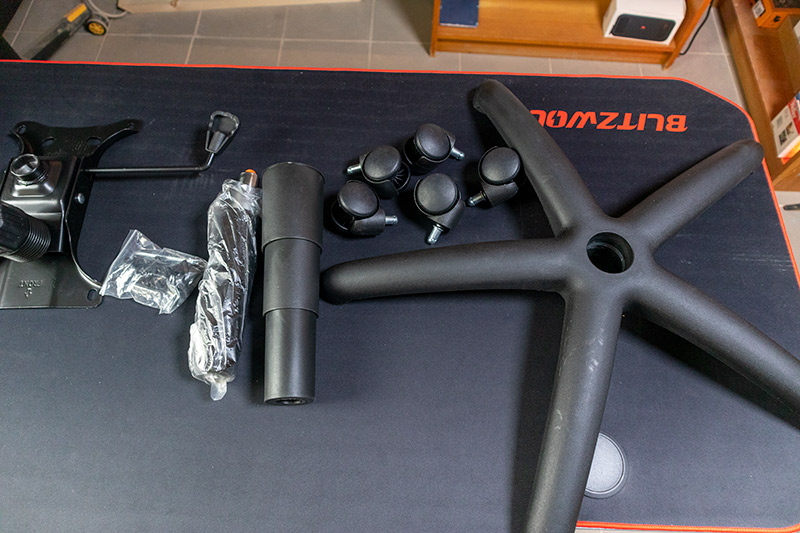 So we find the important things, but compared to the more expensive chairs, the waist and neck cushion as well as the side fittings are also missing here.

For the Blitzwolf BW-GC2, I could still complain about the assembly instructions, but the GC6 has already fixed the bug. We also get a very good description for the GC2, though, it's superfluous, because if you can't put this chair together without the drawings, you shouldn't even get involved, at least ask for phone help. 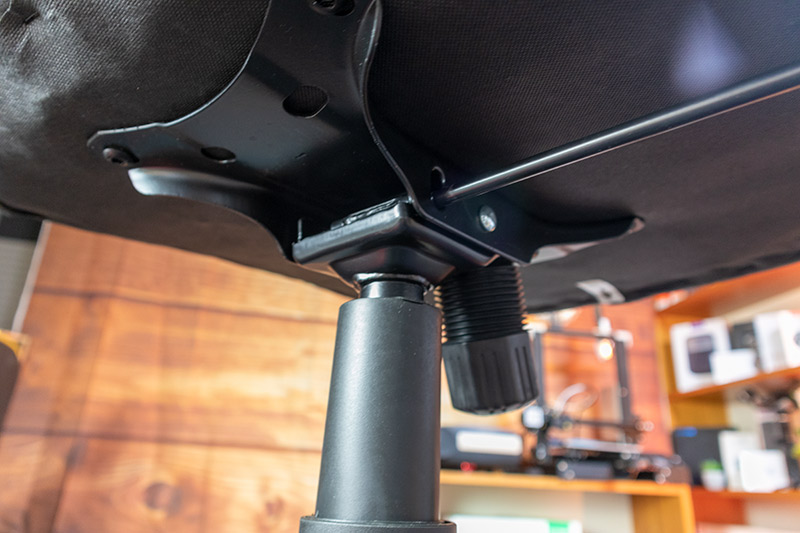 The assembly procedure is as follows:

It wasn't complicated, was it?

I can only give a few tips for assembling, the following:

Screw the screw into the threads on the side of the seat and backrest, run through it before engaging in the assembly. When screwing the armrest onto the seat, do not tighten the screws yet, first screw in the backrest and tighten all the screws at the end. 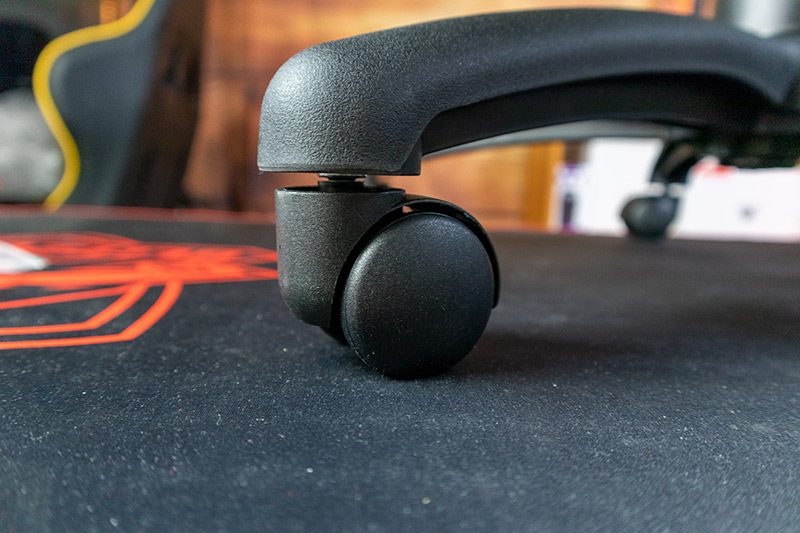 It doesn’t quite belong here, but I will describe it nonetheless. Many people complain that the screws on the Blitzwolf chairs are constantly loosening. Well, let's face it, it's not normal, it's true, I can only guess why, because I don't have such a problem.

More precisely, but this was true for all my furniture so far, which is that 1-2-3 weeks after assembly, it is worth once again, it is good to tighten the screws firmly. In my case, in the case of the two chairs so far, I didn't have to touch the screws after the tightening. Let's start with the outside! The pictures show that the Blitzwolf BW-GC4 looks especially good. The design has been tuned to be sporty, but that doesn’t make it a bloody gamer chair yet.

The seat has no thigh support, nor does the back look like the design was stolen from a race car. It's just sporty. The materials used are good in my opinion, although I have been criticized for the GC6 for stinking imitation leather throughout. 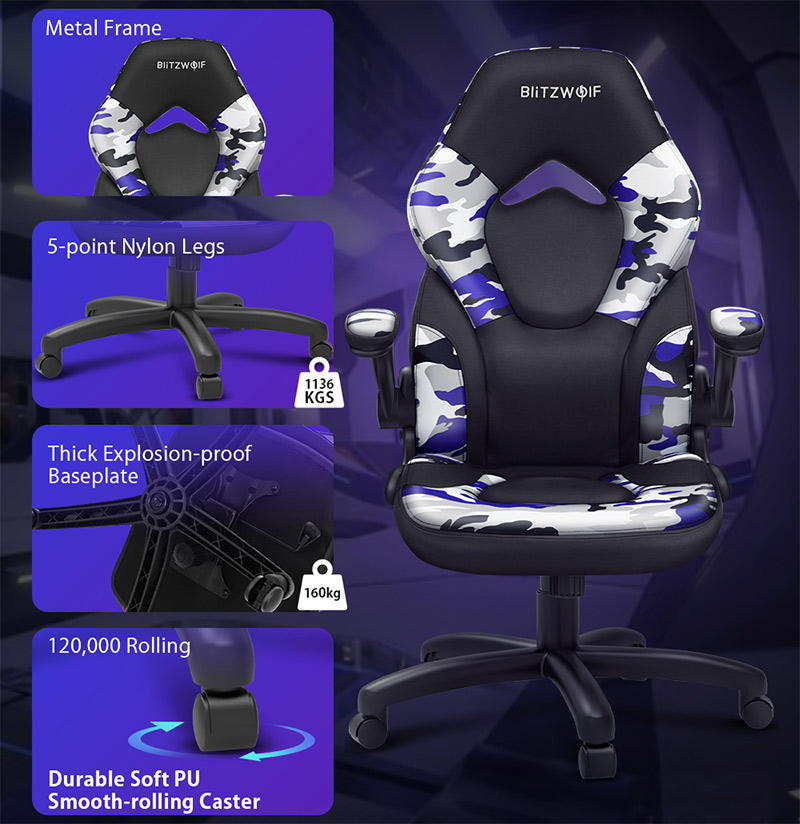 I’ll give it a go, on the one hand it’s really faux leather, but in recent months, it seems to me that there’s no complaint about durability. And yes, we unpack the faux leather chair, it has a unique smell that is not a rose scent, but it doesn’t stink.

GC4 is also similar to GC6 in terms of upholstery, at least in imitation leather parts. However, instead of the GC6’s large mesh backrest, we get a mesh fabric cover, which is suspected to be good in the summer because we don’t stick to it, our arms, our backs, where we touch it, ventilate a bit. Here it is important to note that there are two types of chairs. One of the fabric inserts I’ve also tried, which is UV green (or yellow?), Blue, gray, black. In the patterned and red-lined chair, we find artificial leather instead of fabric. Although the backrest is not a racing car, we get a solid side support at the waist.

The list of abilities, or so to speak, extras will not be long either. 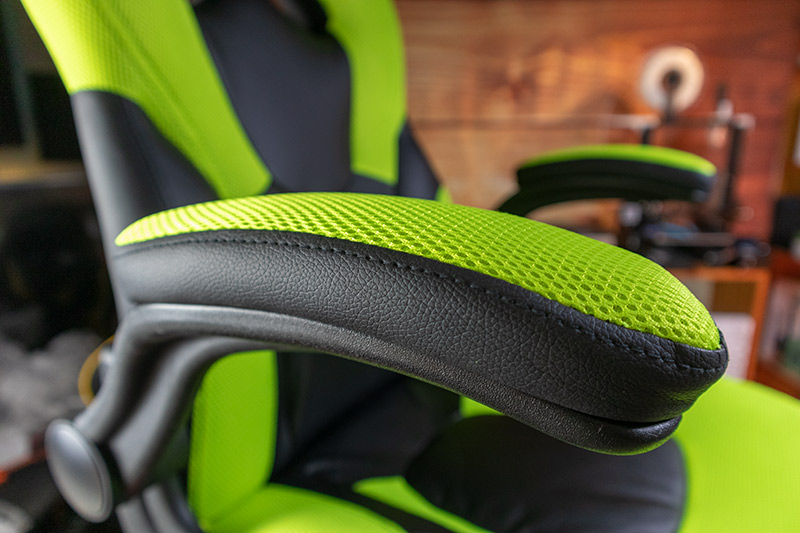 The other, say extra, is that the armrest can be folded up. We can’t adjust your height, but if you’re on the road, you can at least fold it up. 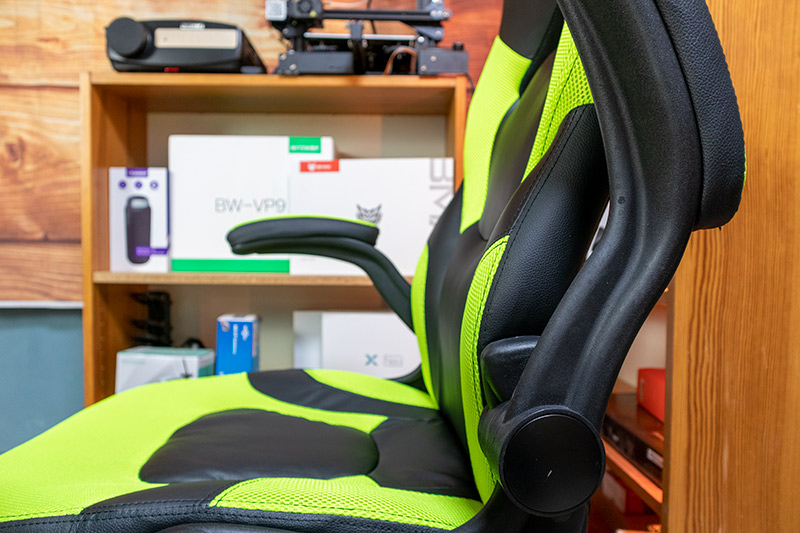 Let's start with the most important, comfortable. After all, this is the most important thing with a chair. The height of the armrest is just ideal for me (I’m 184 inches), probably if I could adjust it, I would still set it where it is at the factory. On a stone floor, the castors are a bit hard, I like the slightly softer plastic of the GC6 and GC2, of course they may last for a shorter time. Let’s say a caster can take a lot of sorts if you break it, so, that’s not a problem. The height of the chair is of course adjustable, so it has a telescope in it, and of course so that there is a little suspension when we sit down. So the height can be adjusted between 42 and 52 inches, for me, with the already mentioned 184 inches, the center position has become comfortable, so the armrest also slides under the table top.

The backrest can also be fixed, although I am not used to it, because when typing, I sit a little forward, with my back straight, and if I lean on a hat, I like the backrest to lean with me as well. I’ve spent the last few days in the chair, understand that I worked 10 hours a day, typing, editing a picture, and so on. etc. etc. So I did “rock hard” seating. This time was definitely enough for one thing, to be able to say for sure, in GC4 it is feasible without hurting my waist, neck or anything else. That’s a big word because I’m low back pain anyway. What can I say then, in conclusion?

The fact that the Blitzwolf BW-GC4 is sold as a gamer chair is not, at least not literally. Comfortable, looks good, the style is sporty, but that makes it nothing more than a very comfortable and, incidentally, very cheap seating (or even a game).

In the office, the more restrained colors are absolutely good, and the patterns can come home, possibly in the UV color, which I also have. By the end, the usual question is price and availability.

There are currently three colors from the Czech warehouse that can be added to the basket, two patterns and red. These are expected to be shipped before January 30th. Other chairs can be requested upon receipt and are currently unavailable.

The price remained. Fortunately, it really isn’t high, and shipping is free. The F37789F with a coupon code we now have to pay 25 forints for it, so the price is good and it arrives quickly, as it is not shipped from China.

If you liked it, you can find it here: The best EU-stocked Chinese gadgets of the week