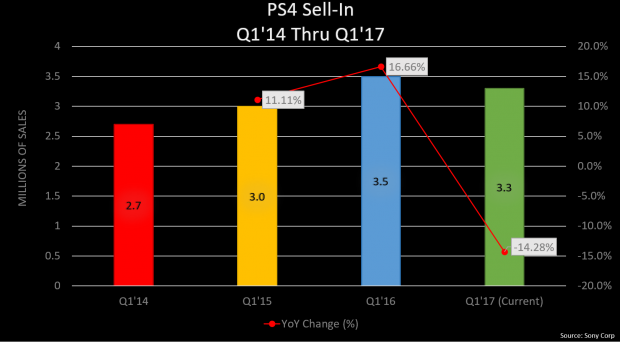 King of the Japanese console, Sony, has released its first-quarter financial results for the fiscal year to end-March 2018. During this period, the company's turnover increased significantly.

The semiconductor, image sensors and financial institution segments have also grown, and although sales figures for the PS4 mentioned in the title have also been good, overall sales have declined compared to the previous year. According to the data, Sony shipped 3 million PS4s in the three-month period ended June 2017, 30, down 14,28% from 3,5 million sales in the same period last year. As of June 30, öA total of 63,3 million units of PS4 were sold to retailers. When evaluating the number of units sold, it should not be forgotten that this number shows sales to retailers who buy in large quantities and at a discounted price. So for this number to actually be sold, you understand it will take some time for end users.

Console sales figures in the US