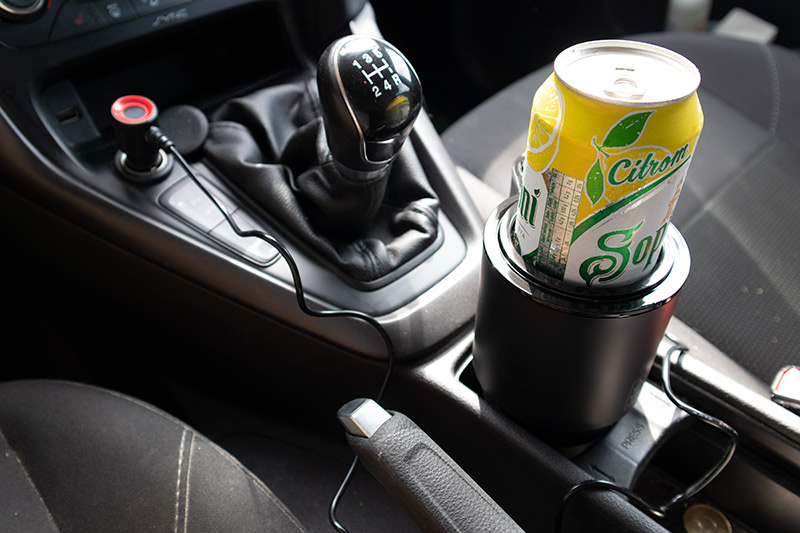 contents show
1 Introductory
2 Car beverage cooler and heater
3 What was my experience with the operation?
4 For car cooling and heating drinks
5 Digoo DG-PFL6 - battery operated fan and lamp
6 What are the experiences during use?
7 Digoo DG-PFL6 cordless fan and lamp

This summer is more reminiscent of the Indian monsoon than the usual domestic heat, but as the weather changes, I can imagine that we will cook in September as well. This can be countered with air conditioning in the apartment or in the car, but now I’ve put in cheaper, and last but not least, more practical gadgets.

Unlike the usual tests, I will now show you not one, but two tools at a time, which are really practical in their kind and can be used well.

The car has air conditioning at best, which keeps us cool, but it won’t cool our drink. And how good a thing it is to be able to keep our drinks at the same temperature in the summer as we took them out of the fridge, and to keep our tea warm in the winter. 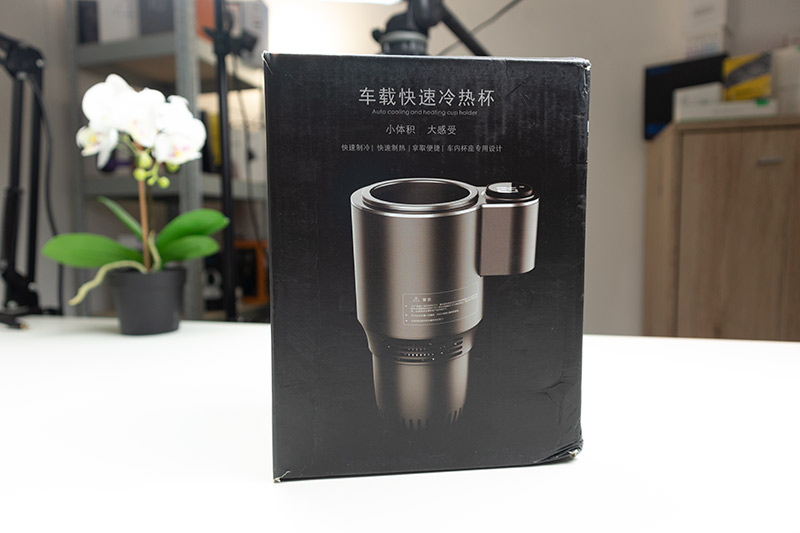 To do this, we don't have to buy crazy expensive stuff, just a cooler-heater can be put in the cup holder. 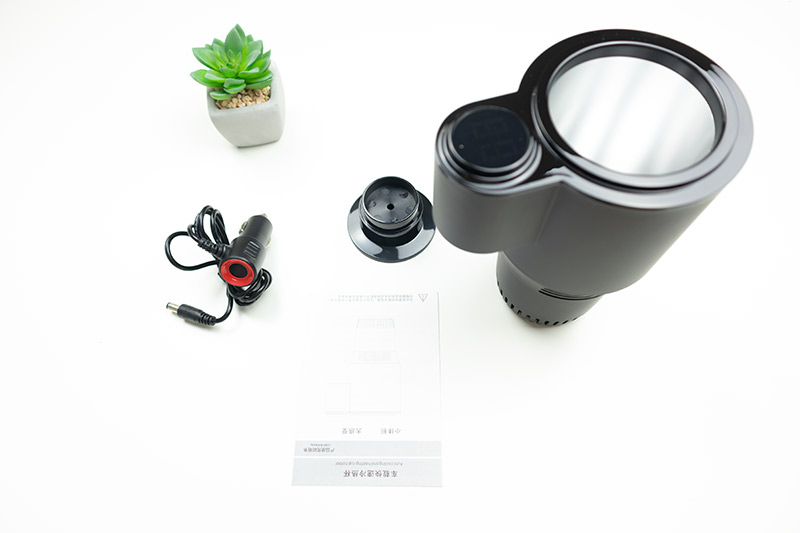 In the box you will find a cigarette lighter power cord, a plastic hoop and the stuff itself that will cool and heat you. According to the description, it has a power of 12 watts with a 36-volt power supply, which seems a bit exaggerated on paper, especially compared to its size. I didn’t even know if the performance was real, but the test of the pudding was eating anyway, so once it arrived, I quickly snapped it into the car.

It's terribly easy to use. We set it up in the right cup holder, give it power, turn it on, and then it does its thing. The included plastic hoop is an elevator anyway, if your box is too deep and you can’t get hot heat air extracted from the inside, then you have to use it. 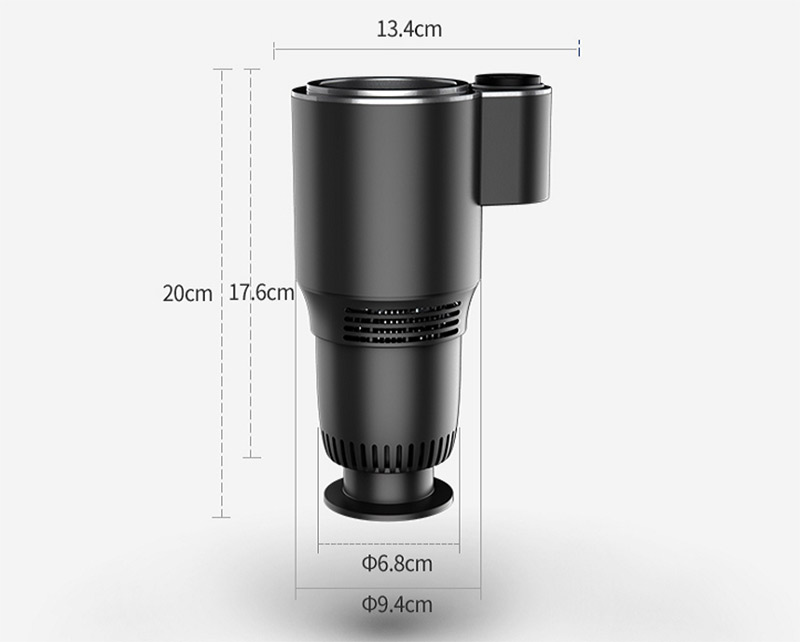 The button on the top, which is also a display, is used to switch it on and off. It switches on and cools on one pressure, switches to heating for a second and switches off for a third. You don't need a diploma or language skills to use it, it's as simple as a slap.

According to the manufacturer, it produces 32 decibels of noise during operation, in practice it so “squeaks so gently that you can’t really hear your voice even when idling, and it’s unlikely you’ll hear it work while driving. 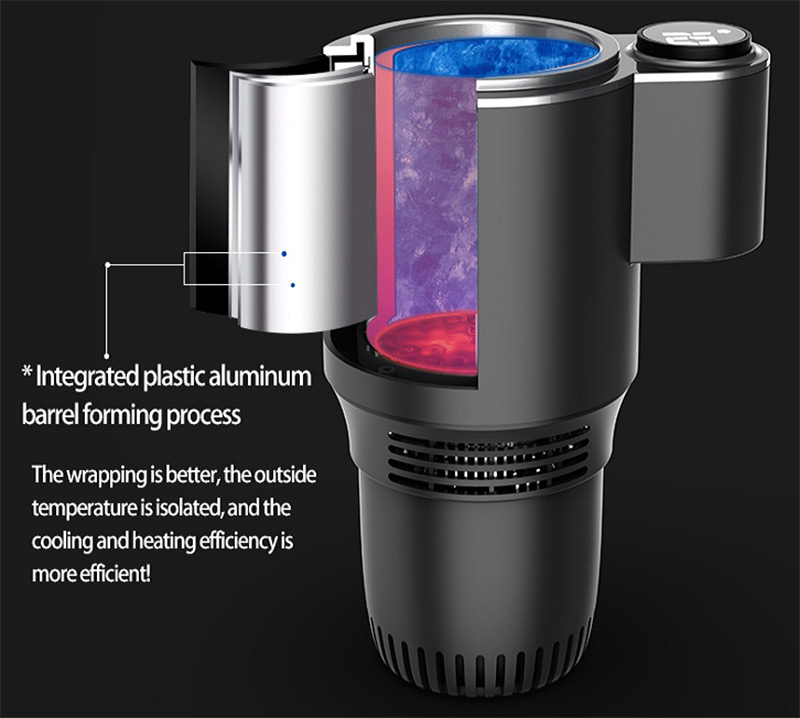 Also, according to factory data, it can cool down to zero degrees and heat up to 60 degrees. As with the performance, I had some doubts about this data, and I was right.

What was my experience with the operation?

Since it’s summer, of course, I tried the cooling first. I carried the non-alcoholic beer out of the fridge with me, waiting for it to warm up. The structure, according to its display, did not cool below 2 degrees, even if I put a 6-8 degree box in it. So, for sure, you can't freeze with that, but maybe that's not your job. 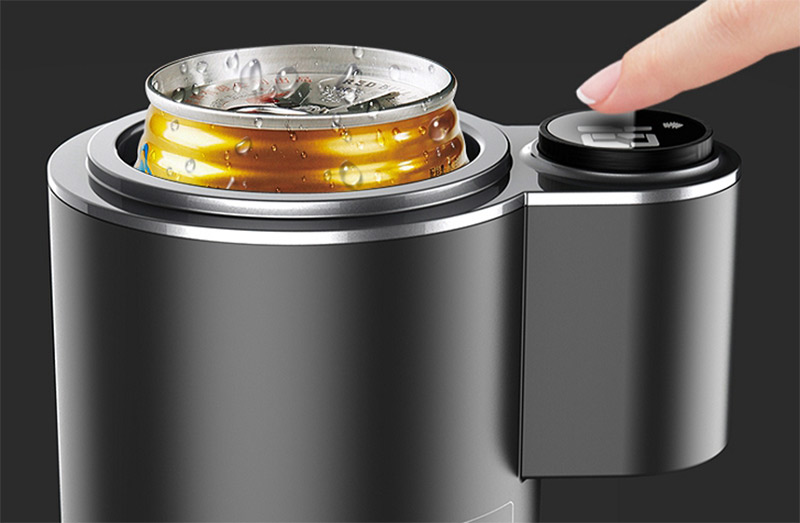 It is certain that the cooling will start quickly, after a few minutes the moisture will start to condense on the metal surface of the inner part and you will be able to cool it properly and by hand. I took the box out of the fridge for about an hour and a half everywhere I was. During this time, at least by hand checking, the top of the box warmed to a minimum, but the bottom remained as it was, so the drink inside it stayed as cool as it should. 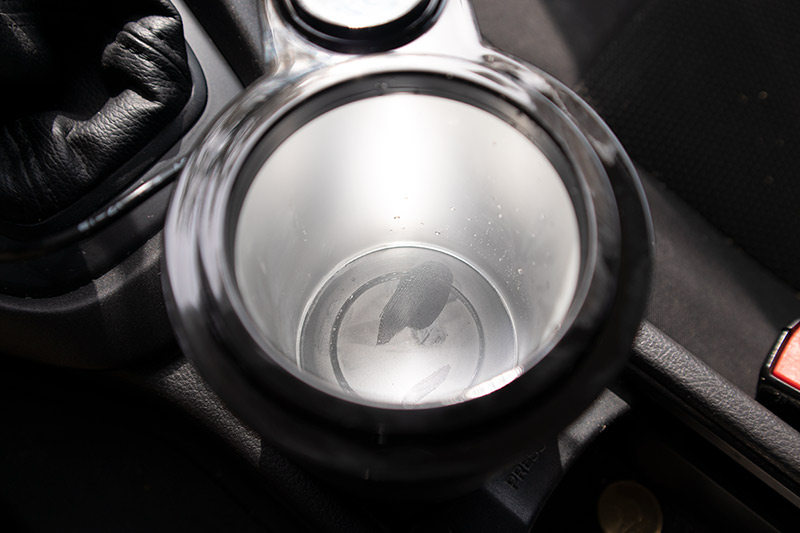 I didn’t check the heating with a drink, but it sure was much more efficient than the cooling in the summer heat. The inside of the drink container warmed up in minutes so that it was no longer good to hold it by hand, so it is suspected that keeping the drinks warm will go to him. 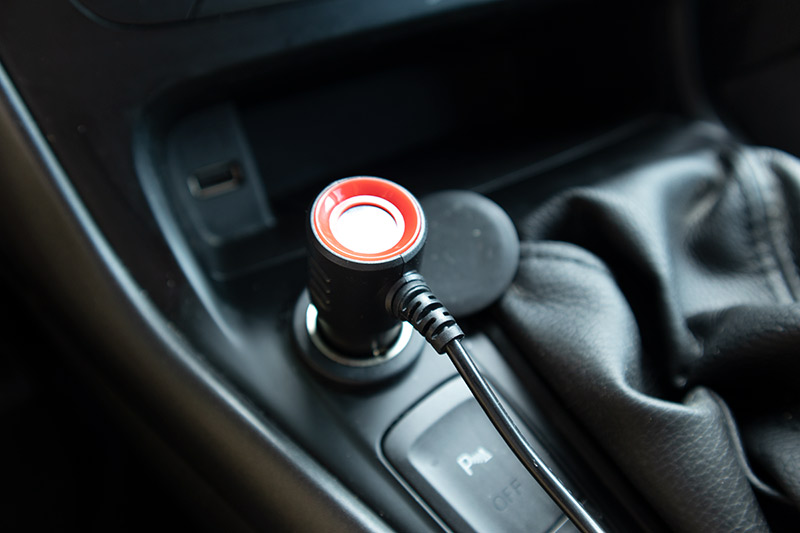 Keep in mind, of course, that the performance of the structure depends on the outside temperature, so if we sit in the frosty car in the winter, it will take more time for it to warm up, just as it needs more time in the heat to cool down in the summer.

I had a fear with the stuff, which fortunately turned out to be unfounded. I didn’t know how hot the heat extracted from the inner surface, or the air heated by it, which escaped through the cooling port, would melt the plastics. Well, for now, there seems to be nothing wrong with that. Sure, squeeze out the heat, but I didn’t overheat. 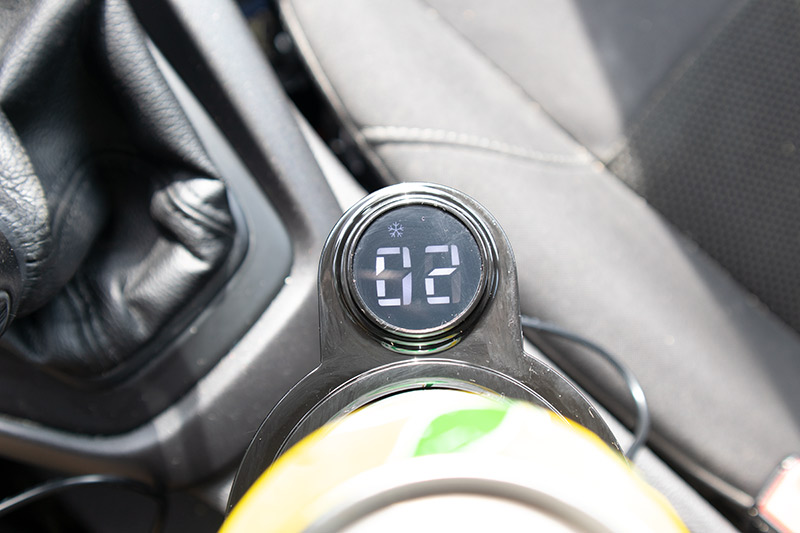 Therefore, if someone is buying one, it is a good idea to check the thing frequently for the first time because it is important that warm air can get out of the cup holder.

All in all, the beverage refrigerator has proved its worth. I would have been happy if it had been 1-2 thousand forints cheaper, because it was in the deck because it wouldn't work, but so I'm glad I bought it afterwards. It serves me in the summer and it will be good for my guys to keep the tea warm in it in the winter, so it worked for me.

For car cooling and heating drinks 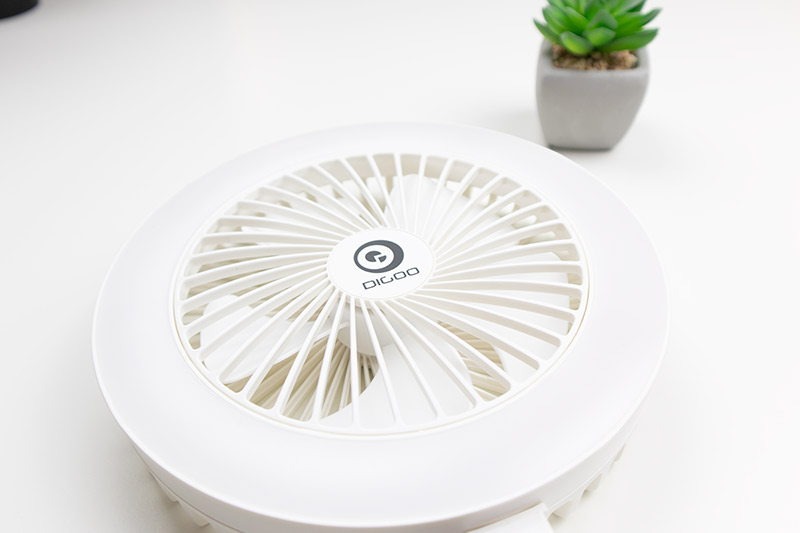 Honestly, I thought I wouldn’t need the lamp at all, but it turned out that even that wasn’t true. 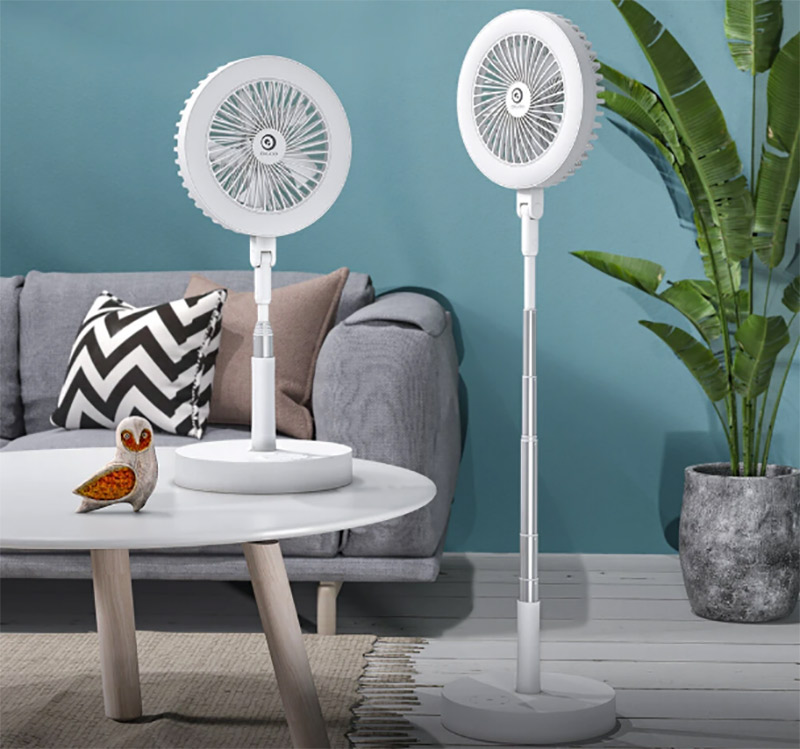 The Digoo fan is a true multifunctional structure, and not just because it can be lit. For me, a much more important argument when choosing it was that it had a battery and its height was adjustable as well.

I was looking for a fan, preferably not too large, that I can put on a table, but if it turns out to be on the floor, and more importantly, I can take it out to the garden, to the terrace (or where I want to use it), but not I have to carry the extension cord with me. 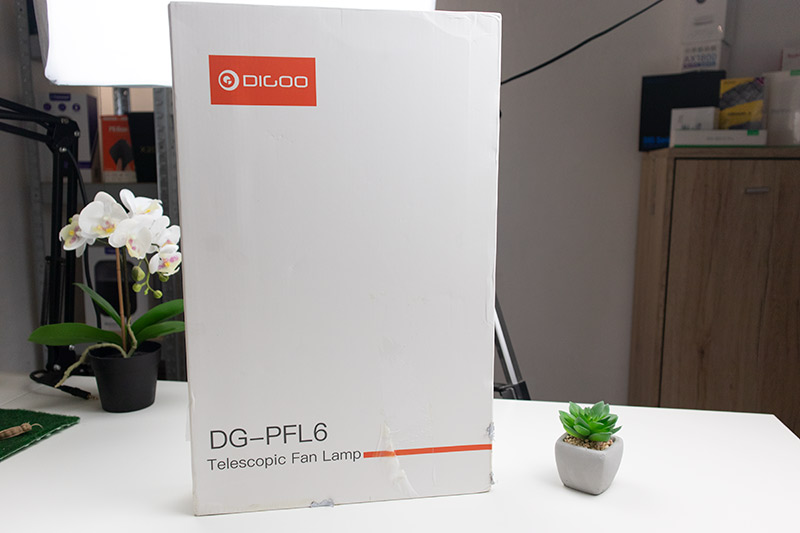 The Digoo DG-PFL6 met these requirements, plus it has features I didn’t even expect originally, but it turns out that sometimes they come in very handy. Let's start with the most basic function, the fan!

Switching on is done with the button on the back of the base, next to which we find a USB Type-C and a conventional USB connector, as well as an LED that flashes during charging. 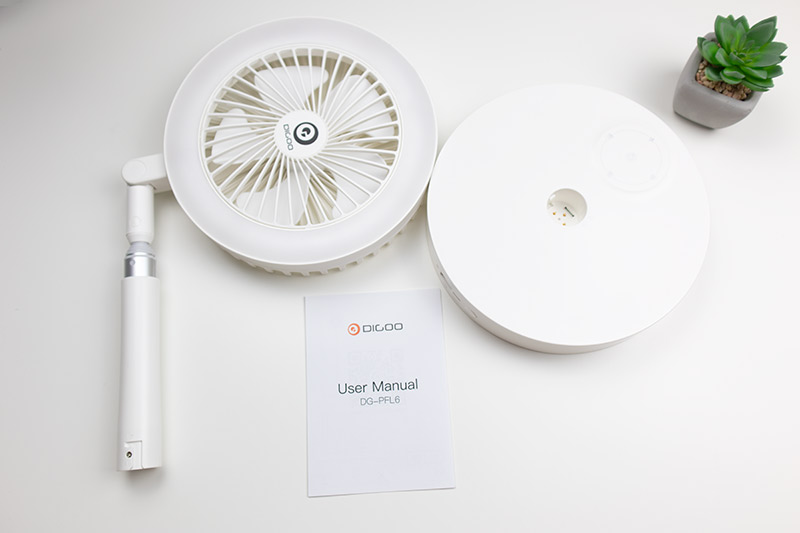 After switching on, we have to touch on the touch-sensitive surface at the top of the sole. Here is a timer that automatically shuts off the fan. You can choose from three time ranges, 30-60 or 120 minutes for the duration of the timed operation. The fan can operate in three speeds, with speeds ranging from 2200 to 3500 rpm.

According to factory data, the operating time available on a single charge is 24 hours at the lowest speed, 15 hours in the middle and 10 hours at the fastest. The data provided is a bit exaggerated, especially when I am illuminated, but I will write about this in your experience. 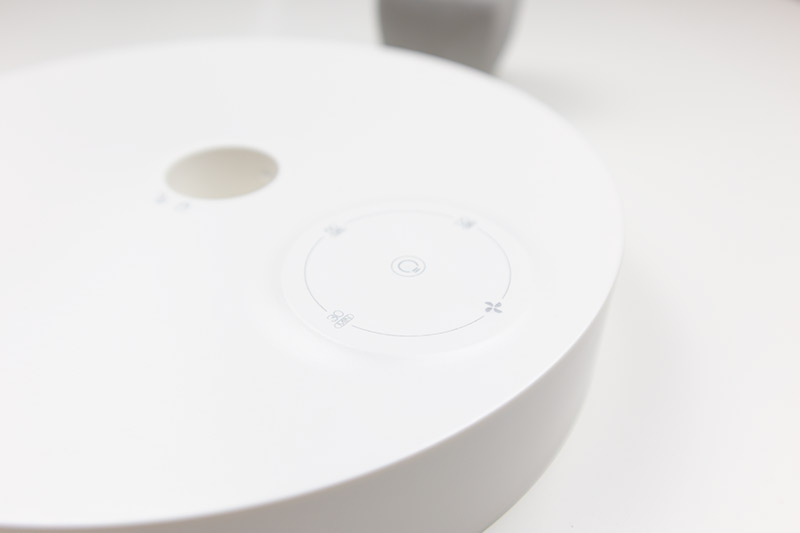 The second function is the lamp. It is a warm-light 4000 Kelvin LED light source that surrounds the fan rotor. I was reminded of how good it can be for sweaty vloggers because the wind flutteres their hair coolly while shooting, plus the circular light source reflected in their eyes can look pretty good. An extra red dot is that the brightness of the lamp can be infinitely adjusted by holding your finger on the touch-sensitive switch. 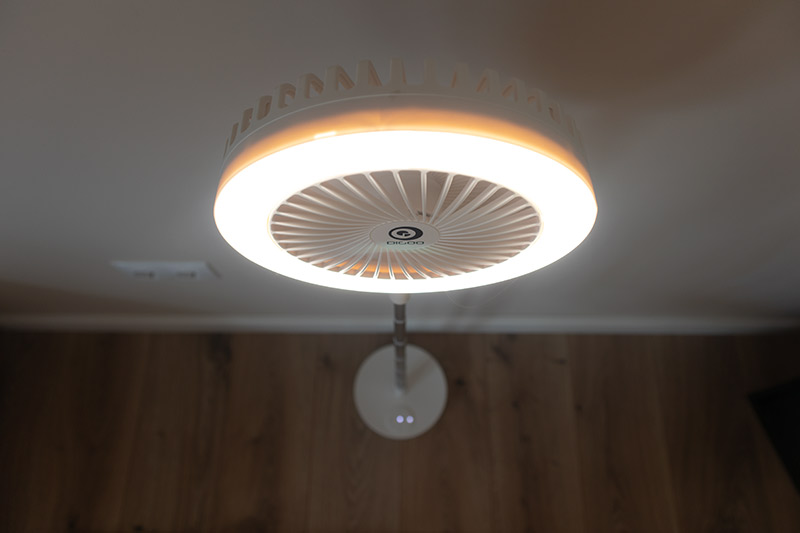 As I wrote above, the lamp seemed completely unnecessary to me, but then during use it turned out that sitting in the garden in the dark is not so good and very useful if you only need to bring a battery fan with me and the lighting is fixed as well. So it's not bad that the lamp was loaded on it. 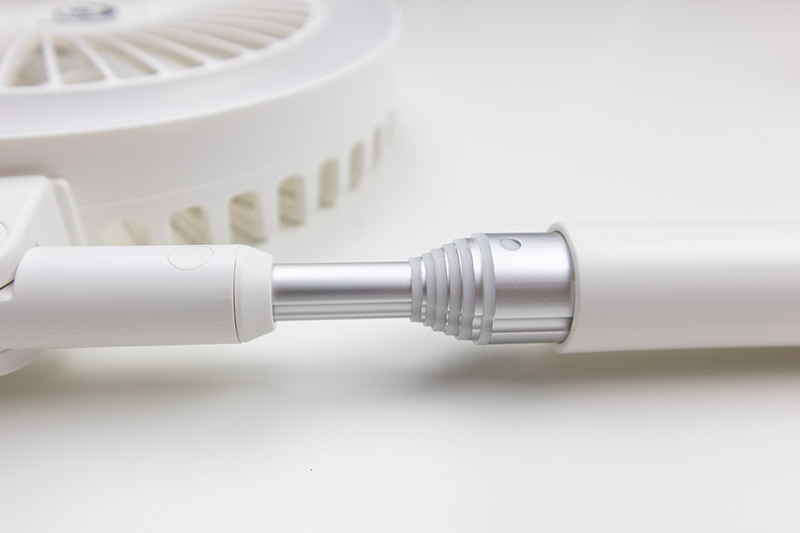 According to factory data, the lighting has an output of 8 watts, and using it alone, so without a fan, it can last for roughly 10 hours on a single charge.

There is also a third capability that I have already seen the benefit of, and that is that the battery built into the fan can also be used as a powerbank, meaning we can even charge our phone with it. 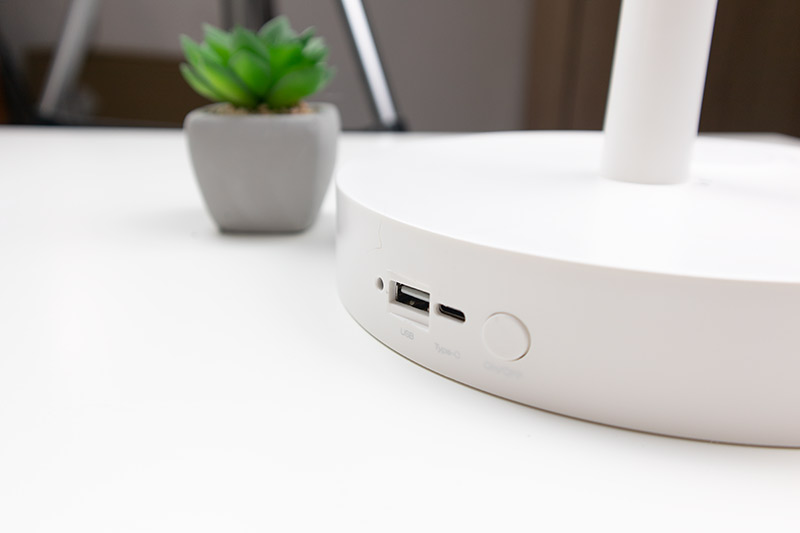 What are the experiences during use?

On the one hand, the data provided is excessive for the battery life, on the other hand, it could be a little quieter. Of course, I think no one even expects the fan to stir the air for a day, not to mention that it makes sense to use it at this speed at most if, when placed on a table, we blow the air on ourselves relatively close. Her voice is buzzing, not the subtly squeaky, so at night, standing next to the bed won’t be good, at least I’m bothered by the noise when the silence is complete. 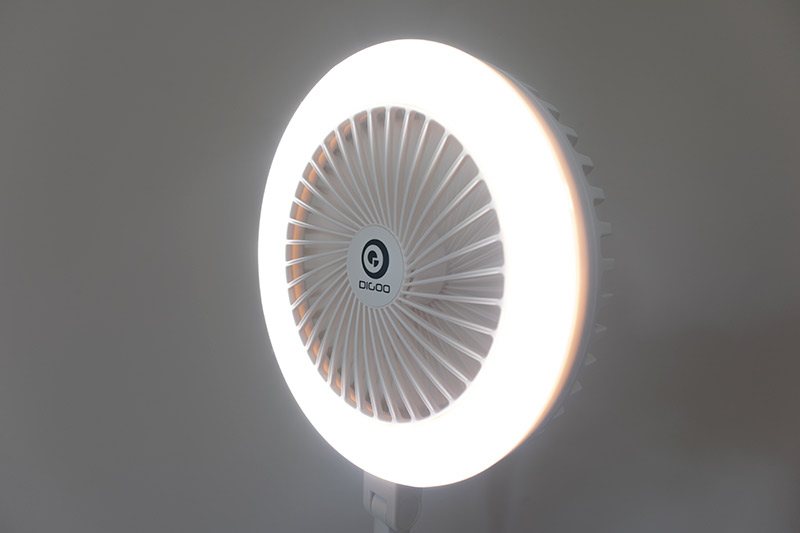 The problem with this is that the fan does not turn on its own, so the draft always comes from one direction, which is not very healthy. If we go further, we need the second, or rather the strongest turn, and it doesn’t work for more than 4-5 hours. To make matters worse, if we also use the lamp, so at medium speed, under a lamp light, we will have a few hours on a single charge.

Let’s just say it’s positive that it only takes about 2 hours to fully charge if you don’t use some ancient charger. 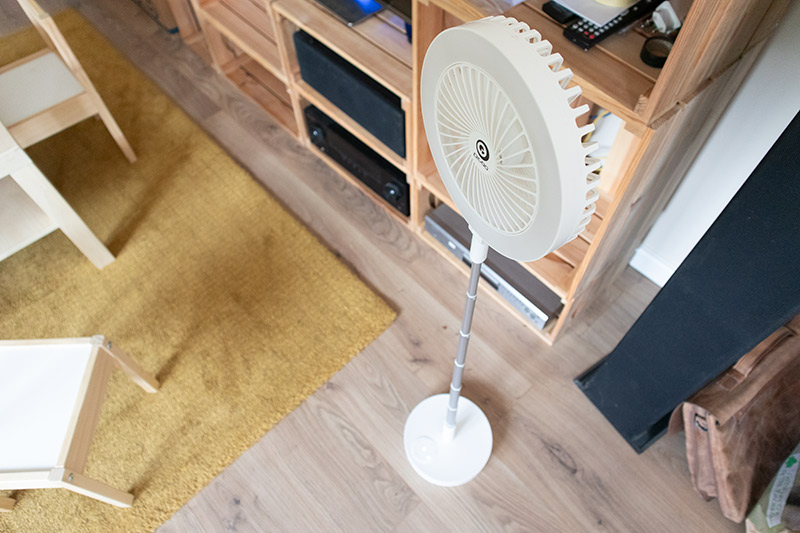 Overall, what I bought is the right stuff. Lightweight, small, yet up to a height of 1 meter, the telescopic leg can be pulled out, so it can also be used as a table and standing fan, and on warm summer evenings, sitting out on the terrace in the soft breeze with a glass of wine is really pleasant. 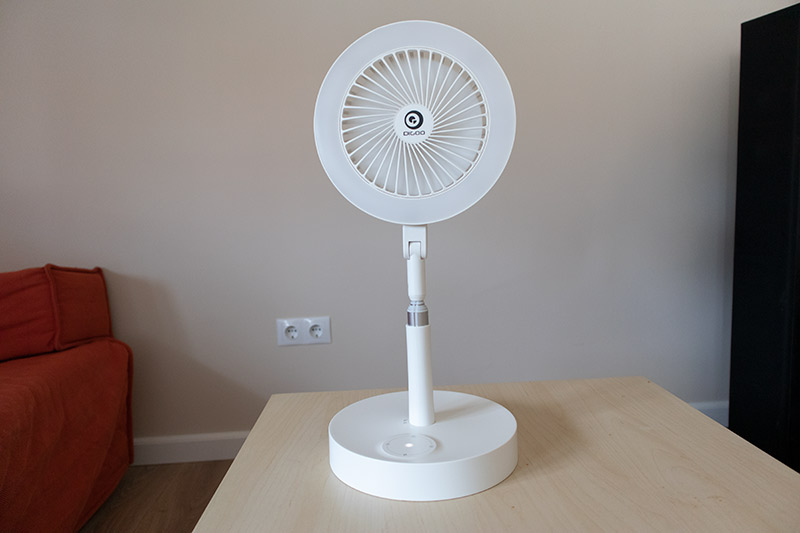 If you want to buy it, use it to buy the BG8DGPFL6 coupon code and save on shipping costs. These are the best Chinese Black Friday promotions! 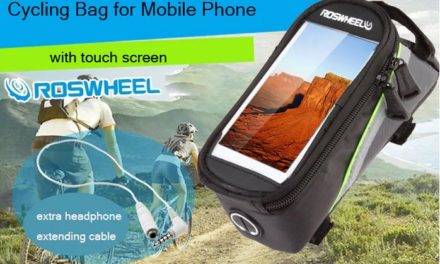 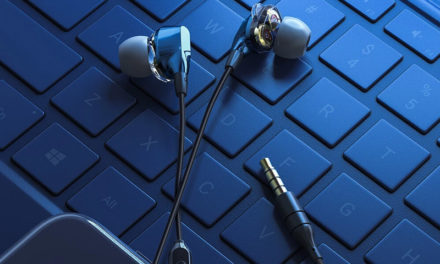