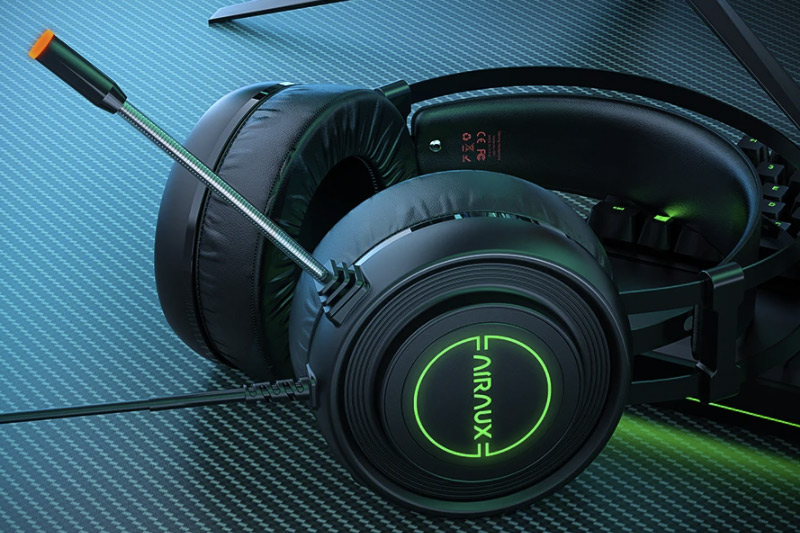 This Blitzwolf stuff is worth buying this month.

For the past year and a half, Blitzwolf has become very muscular. Initially the most conquered by its car accessories, chargers, headphones and earphones, the brand is now present in a wide range of areas. Gamer stuff, projectors, home appliances organized into the BlitzHome sub-brand, and I could go on and on.

It’s no coincidence that I’m getting more and more Blitzwolf stuff. I no longer bought Xiaom for the second or third air purifier, but there is a Blitzwolf smart light on the ceiling, a Blitzwolf (BlitzHome) coffee maker in the kitchen and a hot-air oven and grill. But Blitzwolf is my desk and car phone holder, my charger, and I have three Blitzwolf chairs and two Blitzwolf tables in my office. But even beyond that, I have at least a dozen BW widgets from the massager to the external battery to one of my lamps used for video.

So for the Blitzwolf adult, prices haven’t gone down, feel free to dare to say that it’s one, if not the best price-performance brand on the market today, so it’s worth counting on! A The BlitzWolf BW-OLT4 could even be a completely standard solar lamp, but luckily much more. At Blitzwolf, they put a little twist on the thing, the luminaire was cut in three, and each part could be adjusted and rolled separately. In this way, with a wall lamp, we can illuminate a large area, and even modify the illuminated area afterwards. The lamp has a brightness of 600 lumens, IP64 protection against water and dust, and can be used in the temperature range of 0 to 45 degrees, according to the manufacturer. by the end, as usual, the price. THE 8wEbgaInS5 with coupon code we can buy it for 9300 forints here: I came across an interesting toothbrush that isn’t smart but vibrates the way it fits a good sonic toothbrush. But his head doesn't look a bit like what we could get used to. As a practicing father who is responsible for, among other things, brushing children’s teeth or supervising brushing, I see fantasy in this solution.

This is because the head completely surrounds the tooth, washing it inside and out at the same time, which is quite welcome given the effectiveness of the child's hand. Of course, it's also battery-powered, available in two colors, has 3 brushing modes, and of course waterproof. The price is pretty good, since the BGXPMA1102 with a coupon code they ask for 3387 forints here: This card reader will be most suitable for phones, tablets or notebooks. USB Type-C on one side and MicroUSB on the other, but if you fold the tab down, you get a traditional USB port. So, this is a 3 in one unit that can be used for essentially any USB port. The speed is 5 Gbps, the interface is USB 3.0, so it's fast as it should be. The price is also good, a BG43cfe5 with coupon code we can buy it for 4404 forints here: Currently, 32 and 64 GB pieces are available from the Polish warehouse. As the name suggests, they have a USB 3.0 interface, which means that the write, read and transfer speeds will be fine. That's pretty much all I can say about it, and the 64GB version costs $ 4890 here without a coupon: In the days I caught my eye on it, I even ordered one of it. Summer is coming and there are constantly few available USB ports in the car. Charging your tablet, phones, drone, flashlight and a thousand other things will have to be solved when you travel. This Blitzwolf charger with 2 ports expands the possibilities, and the fact that it can charge up to 100 watts on the USB Type-C port is just icing on the cake.

A BGfbed21 with coupon code the price of the charger is 4893 HUF here: After a headset comes a knowledgeable headset. The AA-GB1 is designed for gamers, of course not just for gaming. RGB lights can be turned on, it can sound 7.1, and has a large 50mm core driver. The attenuation is 30 ohms, the transmission frequency is 20-20 hertz, the impedance is -000 ± 42dB. Another important thing is the USB connector on it, so computers can be used well. Well, it turns out that a skipping rope is also smart. Because we would characterize a skipping rope differently, which counts the number of jumps, training time, and calories burned. I don't think I need to write about it anymore, you can find everything about it at the link. There is no coupon for this now, the price is 6776 forints here: Somehow, a memory card is never enough. Summer is coming, it’s good for a camera, a camera, but it’s also great for storing an extra amount of holiday photos and videos on your phone. I also shopped well so I wouldn’t have a problem with that in the next few years, I saved some money. This 64GB card is cheap and fast, with speeds suitable for up to 4K video. Of course, we can buy it from a Czech warehouse with the coupon code BG6f5bae for 6500 forints. I usually put the smaller smart light in the recommender, but now the big one here and only slips above the 10 limit this year, which is why I decided to add this to this list as well. Of course, this is also smart, meaning it can also be controlled with a mobile app. Its brightness is 1800 lumens, the color temperature can be adjusted from cold white to warm white, but of course we can also adjust the brightness.

As I wrote this larger size lamp, in practice it does have a circular diameter of 345 millimeters while the height of the lamp is 60 millimeters. It weighs a little and weighs only half a pound. Due to its size, this may be suitable for smaller rooms. The price is 10 HUF here: This camera is made especially for children, which is also shockproof, of course. The seedling can take up to 1080p videos or 8 megapixel photos. Waterproof and dustproof, it has a large display and the camera can be folded up so you can take selfies and selfie videos. It’s a good little game, plus if you buy it, you’ll no longer ask your phone to video with it. Net profit! You can choose between girly and boyish colors! The last element of this recommendation is an external battery with a capacity of 10 mAh. Capable of fast charging of 000 watts, knows the QC3.0 and PD3.0 fast charging as well. The battery can be charged via a standard microUSB or Type C connector, and its output ports include a standard USB A and a USB TYpe C connector. Of course, it got a lot of protection, so it’s protected against overcharging, overheating, over immersion and a thousand more things.

There is no coupon for this now, the price is 7900 forints here: The Danube can be blocked with external batteries, but there is a niche market that has not been very filled so far. And this is the area of ​​small powerbanks. The range of external batteries is almost the same, manufacturers tend to vary in thickness depending on capacity. Blitzwolf is now carved from the length of the powerbank, creating a livable piece with a capacity of 10 mAh. A piece in a women's purse! Summer is approaching, warmer times are coming, so maybe it’s time to think about some good fan if you don’t already have one. The Blitzwolf F4 looks pretty good. It can be adjusted in height, it can even be hung on a wall. It has a battery, so you don't even need an electrical outlet to operate it. According to the factory data, depending on the speed, an operating time of one and a half to seven and a half hours can be achieved on a single charge.

The price of this is also pretty good now, a BG03be37 We can pick it up from the Czech warehouse for 8284 forints with a coupon code. Click here: It’s also basically no smarter than a slightly better-than-average weather station. Pretty much the skills are what we would expect from it. Temperature inside, temperature outside (up to 3 sensors can be connected), air pressure, humidity, forecast, cold weather warning, alarm clock and of course color display. These are the main abilities. What makes you smart? Of course, because it has wifi in it, so if you connect it to your home network, you can see your home temperatures remotely on your phone.

This cleverness also extends to why we can read values ​​under the Tuya smart home ecosystem. The price is now a TRADETRACKeR with coupon code HUF 10 here: That's good stuff too. With a length of 5 meters, it has a lot of RGB LEDs that it can illuminate in all kinds of colors. We get a remote control, but there is also a telephone application. So we can control it from our mobile, we can integrate it into a multi-smart home system. Foam on the cake so that if you want it will flash to the beat of the music on your phone or change color.

The price of the LED line from the Polish warehouse is now HUF 8995, there is no coupon. Buy here: This item will be the last one in the list today. I can’t write much about it, it’s a selfie stick. You've seen it before, it's interesting at most (but not because it's a special switch) that it has a Bluetooth switch, which allows us to control our phone's camera from afar. That's about it.

Summer is coming, it won't hurt to have a holiday if you have one in your bag, believe me, it will come in handy! The price is not high either, since the BG2726df with coupon code only HUF 6000 here:

We are waiting for you on our YouTube channel with a lot of video tests and live broadcasts, check out the tried and tested products on the go!

If you order from a Chinese warehouse, use the EU Priority Line shipping method, Banggood will say this is also duty free for arrivals after July 1st. For sure, you can calculate on a secure basis that you will have to pay the 399 HUF customs clearance fee when ordering from China! 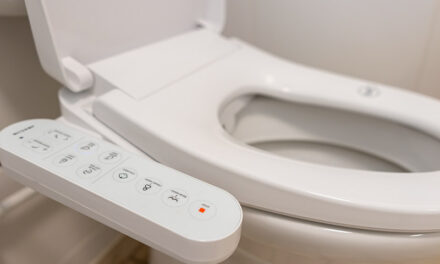 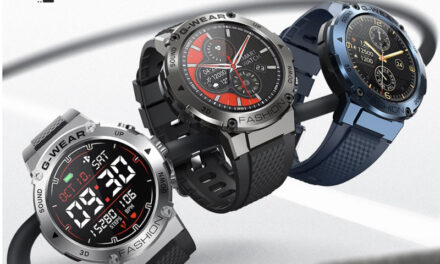 The best Blitzwolf promotions in February 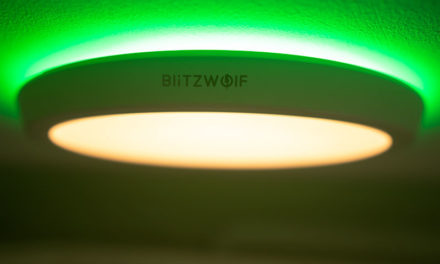 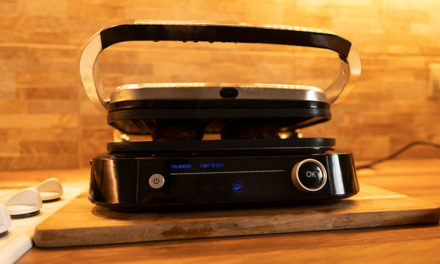 BlitzWolf BW-SM1 test - professional grill and barbecue at half price