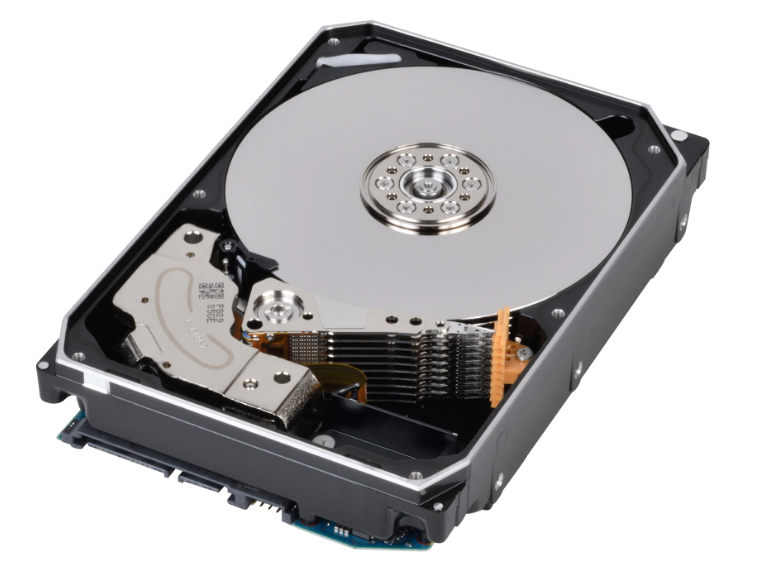 It’s pretty hard to imagine this capacity, which is why we’re trying.

So what would a 16TB Toshiba MG08 series hard drive be enough for? By definition, this cannot be stated precisely, we believe that approximately the following contents are certain:

Perhaps this also shows that Toshiba’s eighth-generation enterprise HDD series isn’t exactly for home use. The official announcement highlights that the new storage offers better energy efficiency than the 14TB model unveiled last year - the latter otherwise uses 9 plates and is filled with helium just like the current cannon in the MG08 family. The data logger, which operates at 7 rpm, is designed for 200 TB of data traffic per year, with an average time between failures officially 550 million hours. The size of the cache is noteworthy, which is not less than 2,5 MB. Extensive usability is guaranteed by the SATA and SAS interfaces as well as the 512-inch format, says Toshiba.

The manufacturer recommends the most notable copy of the new series to cloud providers, as explosive data growth will require the emergence of HDDs of a similar size, and higher data densities will increase energy efficiency while reducing total infrastructure of storage infrastructure TCO (TCO). ownership).

Delivery of the first samples of the 16TB MG08 series drives will begin in late January.

LG's problem: what will be the fate of the hybrid desktop player?

Intel's price has dropped on the SSD front